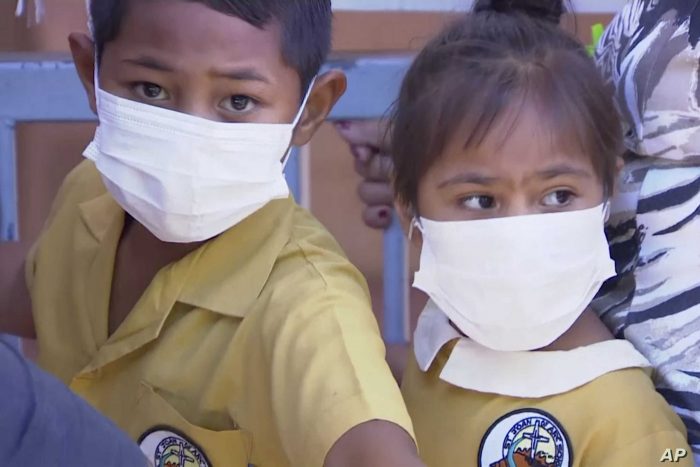 Masked children wait to get vaccinated at a health clinic in Apia, Samoa.

Figure of deaths recorded in measles outbreak which started in mid-October in Samoa has risen to 81 as government confirmed one more death in the island on Thursday.

The ministry said that a total of 5,612 measles cases have been recorded by the Disease Surveillance Team so far, with just nine cases reported in the last 24 hours.

Also, a total of 43 people, 10 of them in critical condition, are said to be hospitalized with measles in the island.

As of Wednesday, about 95 percent of all eligible people in Samoa have been vaccinated against measles.

Measles is a highly contagious viral disease that is transmitted via droplets from the nose, mouth or throat of infected persons. Death may occur in up to 5-10 percent of infected young children in developing countries.