The Spirit of a Dying Year 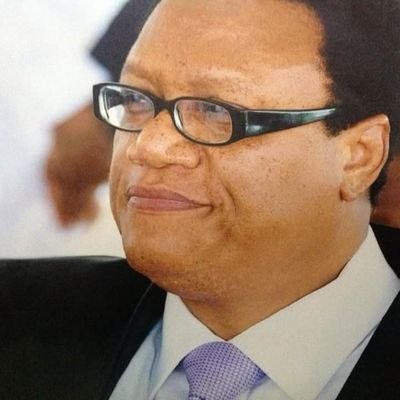 There is a sense in which we believe that an outgoing year actually dies. It ends. It quits the stage and goes into oblivion. It can only be a reference material thenceforth. It does not exist anywhere, at least not in the physical sense. It can only exist in our memory, individual or collective. There are usually all kinds of ceremonies to mark the end of the year. Some spend the last night in worship, so that they may enter the new year with a spirit-filled body. Yet some others spend the last day of a dying year in merriment, sharing drinks and food with friends. But does a year, made up of three hundred and sixty-five days, have a life? The truth is that a year does not know that it is a year just as a lion does not know it’s a lion, just as a river does not know its name. It has no mind. No control. It is just there, fixed as a timeline in our consciousness. We as mortals have no control over it. It has no control over us. It does not determine what happens. It therefore means that a year does not breathe and eat as we do. Does a year have a life of its own? Certainly not. A year has life only in our minds. That is, in a metaphorical sense.

We associate certain issues, good or bad, with a year. We are known to say ‘Let this year just go jor’, or, ‘Last year was hell’ perhaps because of a sad, bad experience.

There is the subtext that the year is a carrier of evil. But of course, a year that was terrible to one person may be different in the eyes and feelings of another. Sometimes, a year could be bad for a country or a people because of shared values and shared experiences. For example, a year in which a dictator bared his fangs and fed crocodiles with human flesh could be bad for the people at the receiving end. A year in which inflation hit the roof or a national flood claimed lives could be ‘universal’ by reason of the scope of the disaster. A year, or recalling the events of a particular year, evokes memories. Whoever recalls the year in which MKO Abiola died with pleasant memories for the nation? Or the year in which June 12 was annulled or the year the Nigerian Army first seized power and slaughtered high-ranking officers, or the year when the civil war broke out and genocide was committed against some ethnic groups?
While growing up, we had some neighbours who would promptly enter the bathroom just before 12midnight to wash away the dirt of the outgoing year. Indeed, the chiming of the clock at 12midnight would meet them in the bathroom. They would then emerge as new persons in the new year. Now, does filth on the body know time and place? As earlier observed, some would rather be caught inside a cathedral praying their way into the new year. The picture conveyed by the word ‘crossover’ is very poignant. It suggests crossing from one time in space into another.

It is a thing of the mind, this spirit of a new year! That is why sometimes the body enters the new year, but the mind remains locked in the calamitous events of the previous or dying year. So, for such a person, the year does not die. It passes in a calendar sense.

But in the sense of the spirit, it remains, deeply etched as a result of a particular event. For me, 2012 passed gradually but my kidnap experience lingered beyond that year, the year I started a new life. Well, does this reduce the importance of entering the new year with a supposedly new body? Perhaps I should also ask whether a last hour really purifies the body or the mind! It is not the new year that matters; it is the spirit with which one enters a new year.

For a nation, leadership is crucial to how we experience the year, its beginning and its conclusion. This is because policy implementation affects our daily routines. Inflation is friend to nobody, rich or poor. The year in which the poverty index shows a drop in the number of people who have access to basic necessities will not be pleasant. In 1983, some items became essential commodities in Nigeria. People queued up to buy them because of a drastic government policy. In 2019, rice became an essential commodity. A ban on rice importation was put in place. We were consuming too much foreign rice and enriching other economies. Indeed, after the ban, some nations came to negotiate with Nigeria. They had been producing rice mainly for the Nigerian market. So, the government banned rice importation. The cost of rice shot up. Local rice also became scarce. But as the year ends, that staple item rice, on family menus, is no longer available and affordable as it was in 2018.

2019 will soon enter the history book. Some people have died within the year. Some are likely to die before the last day of the year. Indeed, some will die on the very last day of the year. What matters is what we have done with the time which we were given in the course of the year. No matter what we say or do, a year is only meaningful if we commit something to it and make a difference in our lives and the lives of people around us. So, as we bid good bye to 2019 and welcome 2020, let us remember that in the next twelve months we are likely to repeat the exercise which marked the end of 2019, that is, if we are privileged to maintain our space in the world till the death of the year.

-Professor Hope Eghagha writes from the Department of English, University of Lagos. He can be reached on 08023220393 and [email protected]