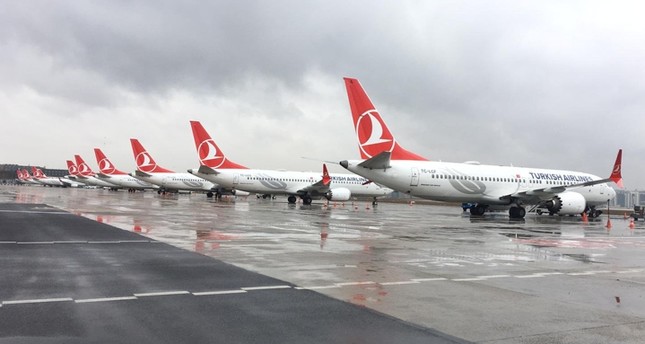 Turkish Airlines has received $225million in compensation from Boeing to cover losses incurred over the U.S. manufacturer’s grounded 737 MAX aircraft.

The airline’s public disclosure statement to the Istanbul stock exchange did not mention the value of the deal, but Hurriyet newspaper put it at $225 million and said it was received early on Tuesday.

“Turkish Airlines and Boeing came to an agreement concerning compensation for certain losses caused by the grounded and undelivered Boeing 737 Max aircraft,” the disclosure said.

The flagship 737 MAX has been grounded since March after crashes in Indonesia and Ethiopia killed 346 people.

Turkish Airlines halted the use of 12 737 MAX aircraft.

It was expecting delivery of an additional 12 jets in 2019.

In December, Boeing said it would temporarily suspend production of the 737 MAX starting next year.

Boeing Fired Chief Executive Dennis Muilenburg last week amidst the continuing fallout from the crashes which triggered the biggest crisis in the company’s history.

Hurriyet reported that the compensation, including 75 million dollars for spare parts and training, covers losses for 2019.

It also said that Turkish Airlines would receive additional compensation for further losses that it suffers until the planes are operational again.

Earlier in December, Turkish media reported that Turkish Airlines was readying to sue Boeing over the grounded and undelivered aircraft, which forced it to increase fares and cut domestic flights.