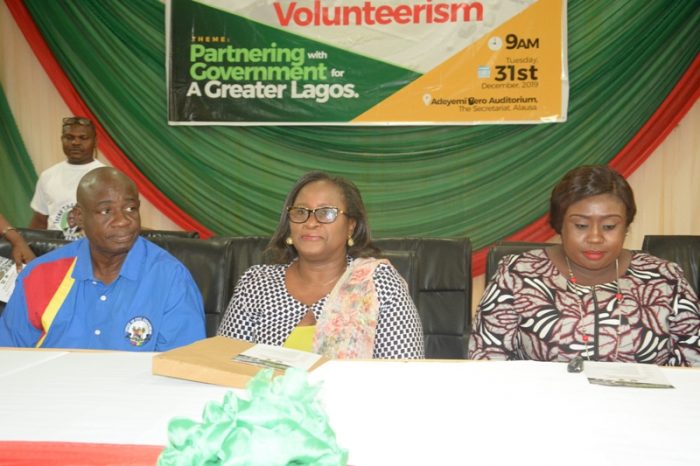 Lagos State Government has told the various volunteer groups in the State that their contributions to the development in the realization of a greater Lagos remains valuable and of immeasurable importance to the present administration, even as it charged organisations and others to embrace volunteerism.

The Special Adviser to the Governor on Civic Engagement, Princess Aderemi Adebowale stated this at a one day sensitization programme on Volunteerism held in Alausa, Ikeja, Lagos recently.

She said that the importance of the groups made it necessary for government to constantly engage members of the various volunteering groups to further help drive its developmental projects, plans and policies.

The Special Adviser specifically sought the involvement of the various groups in internalizing each of the pillars in the T.H.E.M.E.S development agenda of Governor Babajide Sanwo-Olu.

She stated, “You will recall that at the inception of this administration under the dynamic leadership of the Governor, the development agenda for the State was unveiled.”

While saying that the above six pillars development agenda was to make life more meaningful to the citizens and make Lagos a better place, the Special Adviser who was represented at the event by the Permanent Secretary in the Office, Mrs. Rhoda Ayinde assured the participants that the government was poised to involve everyone in its drive to achieve a greater Lagos.

She explained that the essence of the workshop, tagged “Partnering with Government for a Greater Lagos”  was to encourage individuals, professional bodies, Non-Government Organizations to volunteer their time, skills, knowledge and financial resources to complement government’s development efforts by identifying people’s needs and providing services to address these needs without expecting financial or any form of rewards.

She renewed government’s appeal to well-meaning individuals, organizations, youths, professional groups and Community Development Associations to embrace Volunteerism as a means of tackling developmental challenges and social issues in society as this would go a long way in making the society better for all.

The Human Resources Management Consultant, Mrs. Toyin Naiwo-Ojudun urged participants to see their contributions as a Corporate Social Responsibility CSR to the government and their various communities.

Naiwo-Ojudun urged them to explore partnership with corporate organizations who usually have budgets for CSR and to also use their various areas of expertise and personal skills to equip others. thereby reducing pressure on the government.

She added that the state government’s intervention could come in form of facilitating adequate training for volunteers from time to time to guide their involvement in volunteerism.