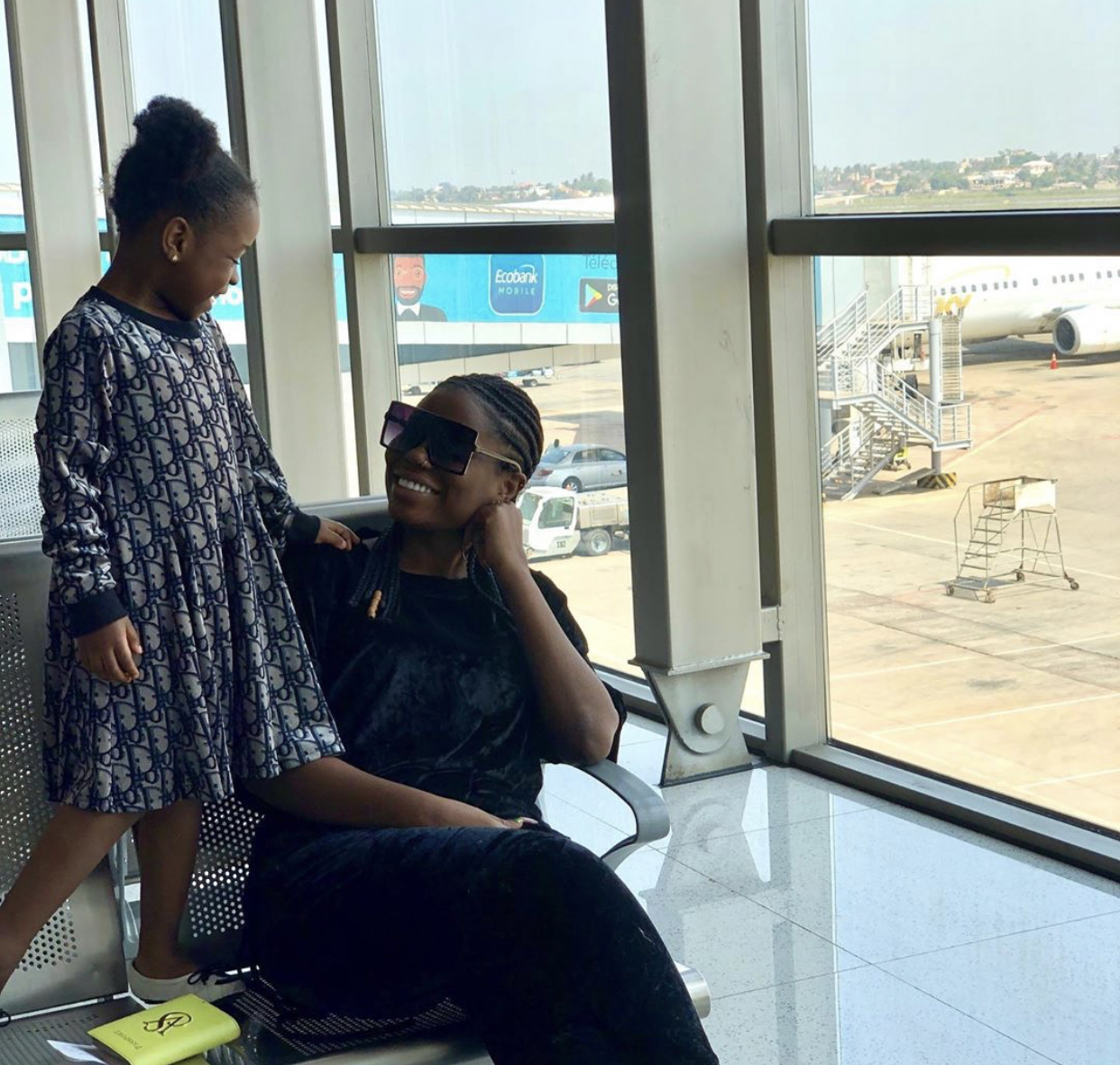 Davido’s first Baby Mama, Sophia Momodu has hit back after the singer spoke up to clear the air amidst rumours that he flew her and their daughter, Imade Adeleke to Ghana for holiday.

Davido said he did not take his first daughter Imade’s mother to Ghana on a holiday as implied, explaining that they both had business in Ghana and because he didn’t want her stranded in Lagos with his daughter, he decided to give her a “lift”. He said it was either that or “she flies economy.”

Responding to Davido’s explanation, Sophia shared photos of herself and her daughter Imade at the airport waiting inside lounge in Lome with a caption that she flies first or business class with her daughter and not economy as her daughter’s father claimed.

She wrote: “Entering 2020 just how I like it… With my best girl & on the move. #2020WeMoveNoMatterWhat #BreakingLimits #WeFlyFirstOrBusinessClass.”