US Democrats pounce on fresh evidence against Trump 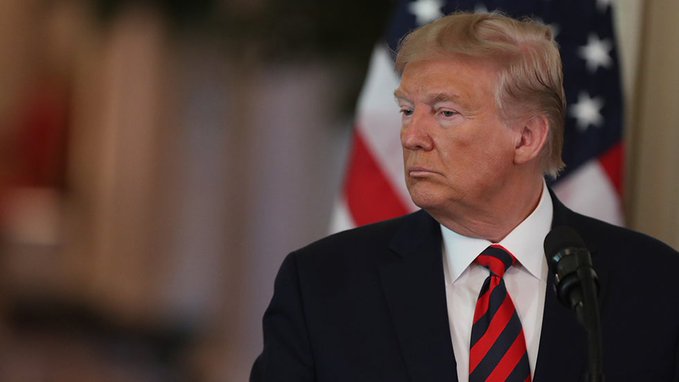 US Democrats have seized on freshly leaked emails in which a White House budget official told the Pentagon last August that it would keep its freeze in U.S. assistance to Ukraine at the clear direction of President Trump.

This was despite repeated warnings by the Defense Department that the move could violate the law, ABC News reported.

Senate Democratic Leader Chuck Schumer insisted that the new evidence bolsters his case that the White House should fork over witnesses in the upcoming Senate impeachment trial.

Schumer’s comments are at odds with Senate Majority Leader Mitch McConnell, who has called for a swift trial without witnesses, at least not until other evidence has been presented.

“The newly-revealed unredacted emails are a devastating blow to Senator McConnell’s push to have a trial without the documents and witnesses we’ve requested,” Schumer said in a statement.

“These emails further expose the serious concerns raised by Trump administration officials about the propriety and legality of the president’s decision to cut off aid to Ukraine to benefit himself,” he added.

The leaked emails expand on public understanding of what the White House told the Pentagon and State Department about a freeze on nearly $400 million in assistance to Ukraine, which continues to fend off Russian troops at its border.

Congress had approved the money, and it was signed by the president into law. But witnesses testifying before the House this fall told lawmakers that they were told Trump had put a hold on the aid in mid-July.

The unredacted emails between the Office of Management and Budget and the Pentagon were sent from June until Sept. 11, when the aid was finally released.