Commissioner charges staff to brace up for hard work 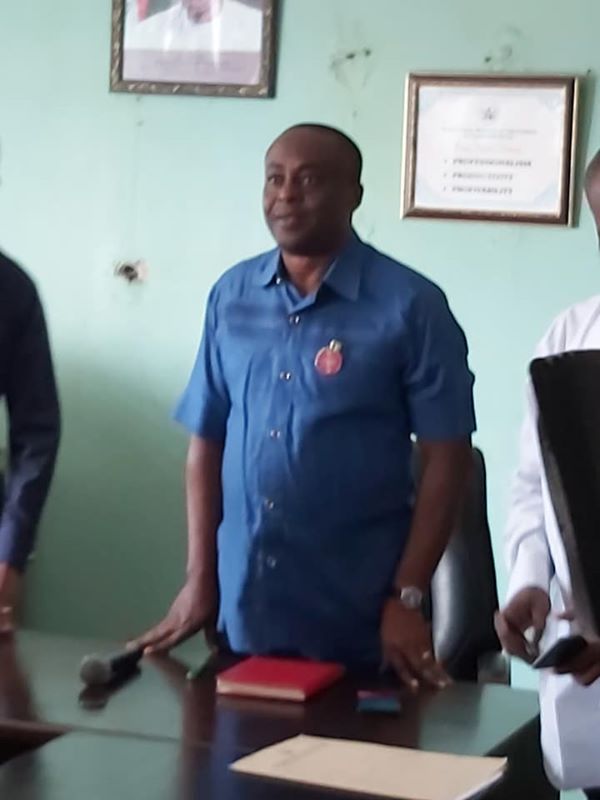 Paulinus Nsirim, addressing staff of the Rivers State Ministry of Information and Communications

Commissioner of Information and Communications, Paulinus Nsirim, has asked staff to brace up for hard work, professionalism and excellence as he pilots the affairs of the Ministry.

He asked the staff to eschew backbiting and gossiping but to work hard and execute the core mandate of the ministry which is to be able to inform, interpret and educate the people of Rivers State the policies and programmes of Governor Nyesom Wike.

The Commissioner, who stated this during his maiden meeting with Staff of the Ministry on Friday, Jan 3, 2020, emphasized that for the first time in the history of the State, the Ministry of Information and Communications is producing a Permanent Secretary that transformed into Commissioner.

He dedicated the promotion to the entire staff, saying: “This promotion is for all members of staff of the Ministry as such my office is still open to all as it was during the time I was Permanent Secretary of the Ministry. Come with your noble ideas and good gestures that will make our Ministry stand out.”

He urged all staff of the Ministry to sustain the tempo they gave him seven months ago during the campaign on #OurStateOurResponsibility, adding that they should not do anything to let down the Rivers State Governor, Chief Nyesom Wike, who decided to bring out a Commissioner among them.

Nsirim asked Staff to appreciate Governor Wike for finding a member of the Ministry worthy to be promoted from Permanent Secretary to Commissioner for Information and Communications.

The Commissioner also charged staff of the Ministry on the need for recreation through personal development, noting that he creates a niche for himself, which has propelled him to where he is today.

The former Chairman of Rivers Chapter of Nigeria Union of Journalists, NUJ, urged staff of the Ministry to distance themselves from rumour-mongering, backbiting and gossips, adding that the Bible described them as little forces that spoil the vines.

Pastor Nsirim stated that it is the grace of God that brought about the promotion, reiterating that he is a trophy of grace, who worked assiduously for the pursuit of excellence and professionalism.

He maintained, however, that grace cannot work for anyone that is indolent and a harbinger of bad news, remarking that staff of the Ministry should make themselves productive and more relevant in their various fields of endeavours.

According to him, “Those that love excellence and hard work are those that will be my friends, I will not tolerate disrespect and indiscipline.”