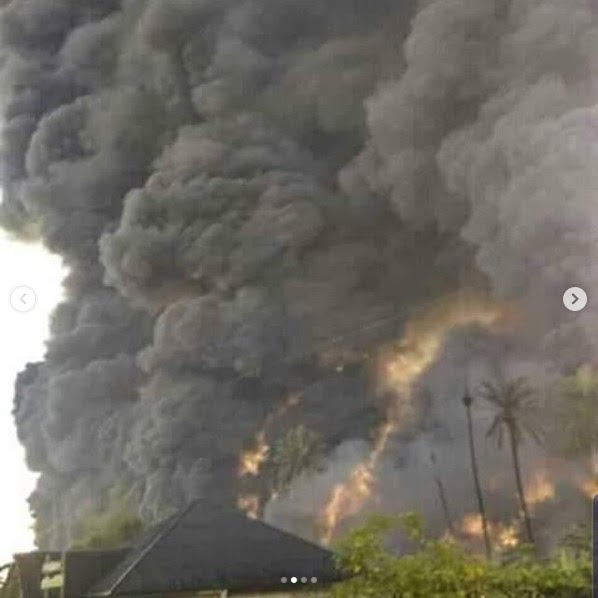 Some parts of Eliozu Community in Obio-Akpor Local Government Area of Rivers State were on Saturday enveloped with smoke as government scrap yard caught fire causing so much panic among residents.

Fire started at 7am at the Rivers State Government Scrap Yard at Eliozu loaded with condemned tyres opposite Eliozu Market, Off East-West and G.U. Ake Road Eliozu, road frightening most of the market women who scampered for safety packing their wares and stands afar.

The huge flame and smoke temporarily hampered a free flow of traffic along the popular Chief G.U.Eke road, as motorists and commuters resorted to the use of one Lane of the dual carriage way.

Eyewitnesses said the Ffre fighters who arrived the scene with two fire trucks from the state government fire service were seen gazing at the flame helplessly and complaining that they could not get access to fight the fire.

“When the firefighters came, they were just looking at the fire and complaining that they could not get access to quench the inferno.

“We don’t know what started the fire but all we saw was a heavy flame burning the heap of condemned tyres that are more than about 10,000 pieces in the government scrap yard.”

When contacted,the Commissioner for Special Duties, Dr Bariere Thomas, said the Ministry was aware of the fire and was doing something to put out the fire.

He earlier cautioned residents of Port Harcourt to be careful while handling inflammable materials during this hot harmattan season.