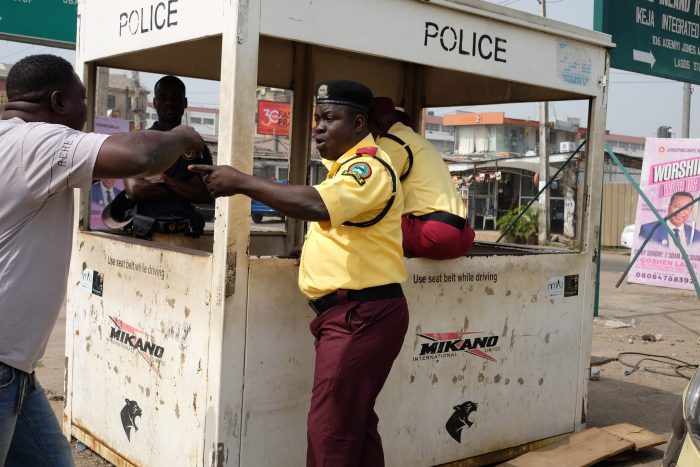 A possible tragedy was averted this morning at the popular Allen roundabout in Ikeja, when a LASTMA officer suddenly jumped out of nowhere to deploy a spike strip in the path of a moving commercial minibus.

A spike strip is a device or weapon used to impede or stop the movement of wheeled vehicles by puncturing their tires.

The bus was conveying four passengers including the driver.

When our reporter moved closer to where the driver and the LASTMA officers were arguing over the issue, the latter said the former’s offense was non-use of the seatbelt. But the driver claimed he was well known to the senior officer in charge, and there was no point for him to resist arrest, the latter affirmed that he was the one who instructed a junior officer to arrest him with the use of the spike.

A call was put through to the LASTMA complaint desk, one Mrs Aluko picked the line and assured that the matter will be investigated as soon as the names of the erring officers are revealed.