3 rockets miss US embassy in Baghdad 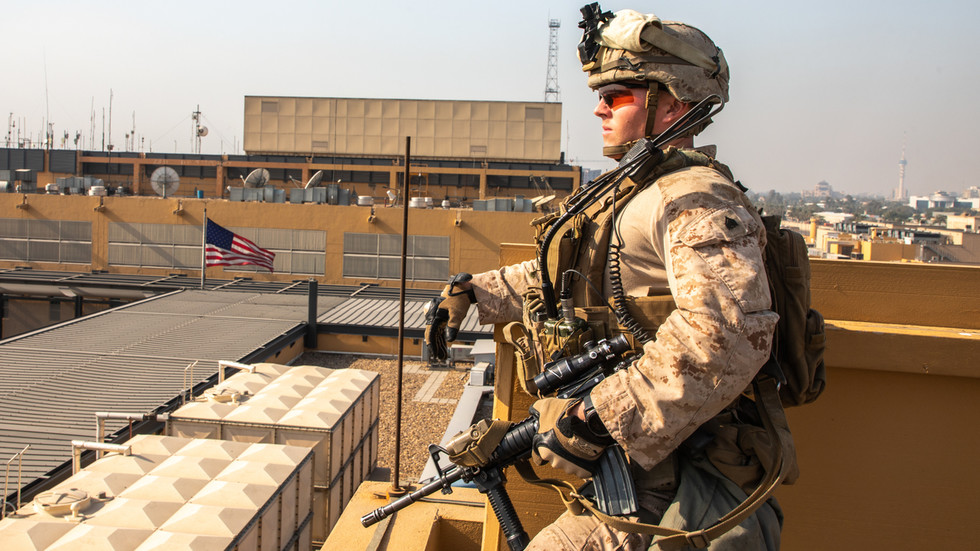 A US soldier at the US Embassy in Baghdad

Multiple rockets launched on Sunday against the US embassy in Baghdad missed their target.

Local reports said the rockets landed in an apartment complex, killing civilians. The number of casualties is not known yet.

It was the second night in a row that the embassy was attacked and came after the US killing of Iranian General Qassem Soleimani.

Residents of the Iraq’s capital of Baghdad said three explosions rang out inside the heavily-fortified Green Zone, home to the US Embassy and the seat of Iraq’s government.

Alert sirens were sounded Sunday in the area on the west bank of the Tigris river.