7 students, others die in land mine explosion 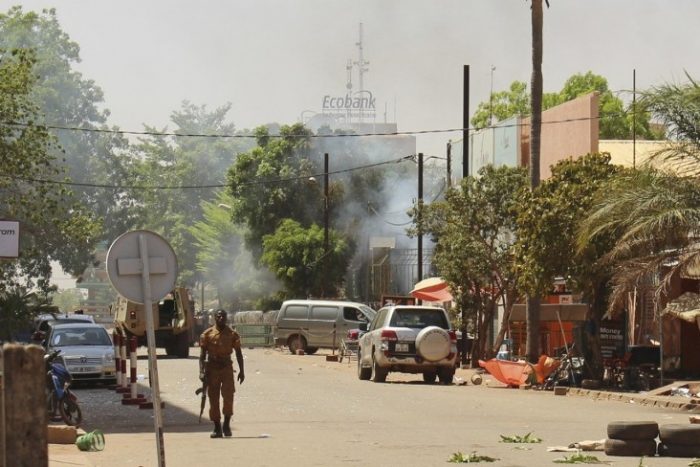 File: A soldier walks near the rear of the Army Headquarters in central Ouagadougou, Burkina Faso, as gunfire and explosions rocked the capital. of Ouagadougou

At least 14 people, including seven students, were killed on Saturday in Toeni, Sourou province, in northwestern Burkina Faso when the bus transporting them jumped on an explosive device.

The Burkinabe government announced the deaths in a press release on Saturday night.

“In the morning of Saturday, three buses left from Toeni for Tougan carrying 160 passengers, one of the buses jumped on an explosive device.

“The provisional assessment reports 14 deaths, among which seven students. There are also nineteen injured including three in serious condition”.

“The injured were immediately sent to the hospital to receive treatment. “The government strongly condemns this cowardly and barbaric act which aims to damage the morale of the people”.

On Nov. 6, 2019, gunmen opened fire on a convoy of buses carrying mine workers in the country’s East region, killing 39.