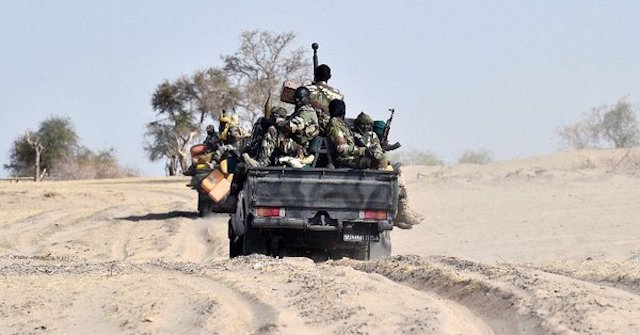 Chadian troops on a patrol in Lake Chad area

The Chadian troops deployed in Nigeria in a joint effort to defeat Boko Haram insurgency have reportedly been withdrawn by their country.

Not less than 1,200 troops from the neighbouring Chad were deployed in 2019 to give combat support to Nigerian soldiers fighting Boko Haram terrorists.

“It’s our troops who went to aid Nigerian soldiers months ago returning home. They have finished their mission,” Premium Times quoted the French newswire, AFP, as citing a Chadian military spokesperson on Saturday.

The Chadian military source was reported to have added that none of the country’s soldiers remained in Nigeria.

A Chadian army colonel, Azem Bermandoa, was also reported to have said the withdrawn troops would return to their previous outposts around the Lake Chad to further strengthen security around the border areas.

The medium said Tahir Erda Tahiro, head of Chadian military, indicated that troops would be deployed if the countries agreed to a new joint measure for deployment.

Niger, Chad, Nigeria and Cameroon have been waging a collective battle against Boko Haram insurgents in Nigeria.