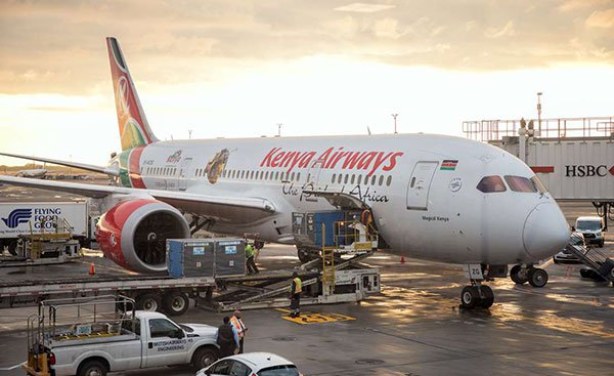 The Kenya Civil Aviation Authority (KCAA) has also suspended all inbound and outbound flights to the airstrip located near the military base used by both Kenyan and U.S. forces.

Private airlines using the airstrip including Fly 540 and Fly Skyward Express have confirmed cancellations of their flights to the coastal region.

The development comes hours after the al-Qaida allied terrorist group, al-Shabab launched a daring attack on the airfield which is used by American and Kenyan forces in Lamu County.

The U.S. military has confirmed that there has been a terror attack on a military base at an airstrip that houses some U.S. forces.

“As facts and details emerge, we will provide an update,” said Africom of the dawn attack in which al-Shabab has claimed responsibility. There were no details of U.S. and Kenyan casualties.

However, the Kenyan army said it successfully repulsed the attack and instead killed four al-Shabab terrorists in the fighting.

The militant group which shared photos of the incident said it destroyed seven aircraft and three military vehicles in the attack.

However, security officials said only four aircraft belonging to both Kenya (One) and America (three) were destroyed during the incident, noting that several American vehicles at the airstrip were also destroyed.

Security forces said they are holding five suspects in connection with the incident which analysts say is unrelated to tensions in the Middle East amid threats for revenge following the assassination of Iranian top military general Qasem Soleimani, who was taken down by U.S. forces in Iraq, Xinhua/NAN reported.