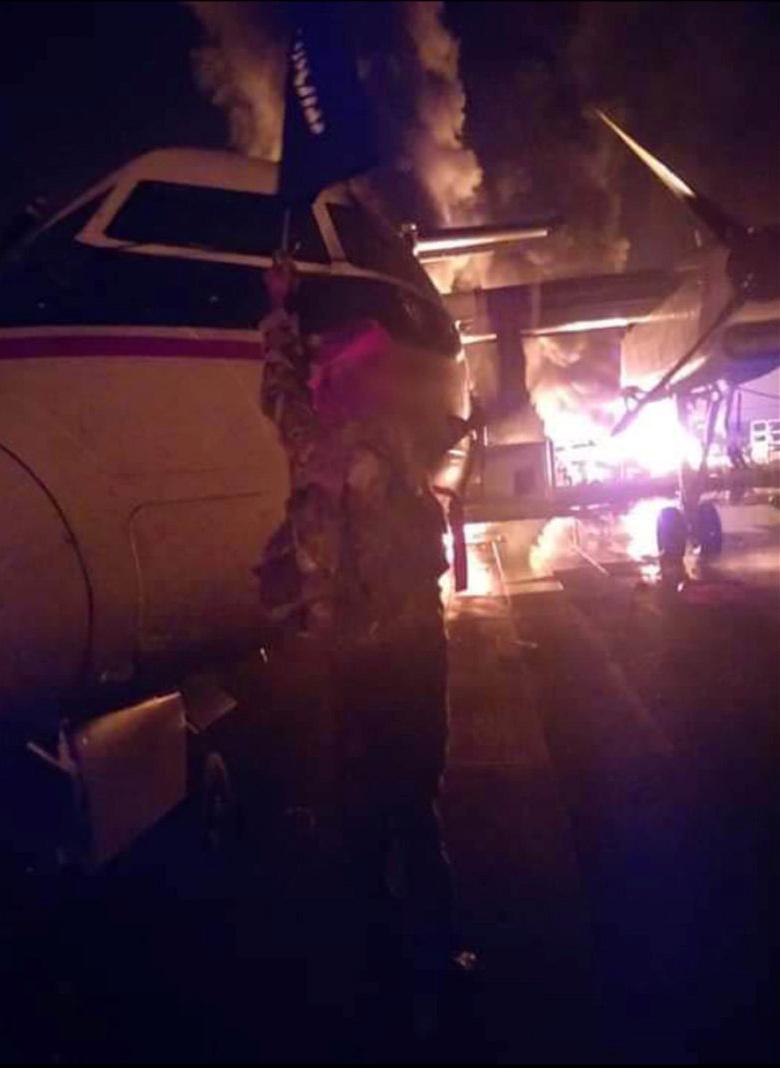 A US plane on fire at Camp Simba

Three Americans were killed in the Sunday morning attack at the US military base in Kenya. Those killed were one U.S. service member and two Department of Defense(DoD) contractors.

Two DOD employees were also wounded in the attack. Their condition was said to be stable, although they were being evacuated, according to a statement from U.S. Africa Command.

In addition to the casualties, six contractor-operated civilian aircraft, including a spy plane were damaged to some degree, the U.S. Africa Command news release said.

“Our thoughts and prayers are with the families and friends of our teammates who lost their lives today,” U.S. Army Gen. Stephen Townsend, commander of U.S. Africa Command, said in a statement Sunday afternoon.

“As we honour their sacrifice, let’s also harden our resolve. Alongside our African and international partners, we will pursue those responsible for this attack and al-Shabaab who seeks to harm Americans and U.S. interests.”

The identities of those who were killed or wounded were being withheld, pending notification of their next of kin.

According to the statement, the attack on the compound involved indirect and small-arms fire.

There was an initial penetration of the perimeter, but Kenya Defense Forces and U.S. Africa Command repelled the Al-Shabaab attack.

Kenya Defense Forces said the attempt was made at approximately 5:30 a.m. local time to breach security at Manda Air Strip and that it had successfully been stopped and the air strip was safe.

About eight Al-Shabaab fighters were killed in the gunfire fight.