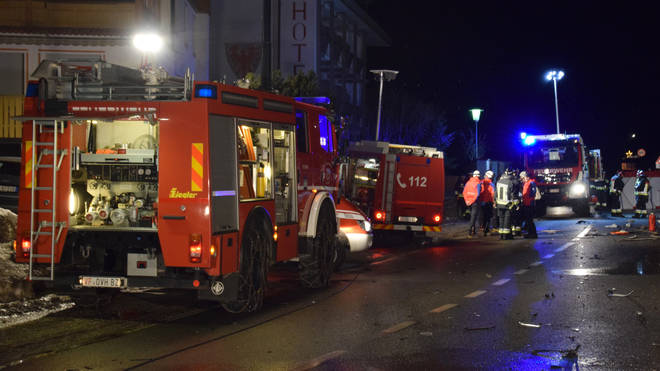 Scene of the tragedy

Six German tourists have been killed in an Italian Alpine village after a drunk drive ran into them.

At least, 11 other people were injured in the tragedy, which occurred on Sunday at about 1:15am, authorities said.

Report said the accident occurred in the village of Lutago near the Austrian border in an area popular with skiers, when a group of German tourists just got off a shuttle bus as they returned to their hotel from an evening at a nightclub when the car slammed into them at high speed — throwing some of them dozens of metres.

AFP quoted Italy’s Prime Minister, Giuseppe Conte as saying in a statement expressing his “most sincere” condolences to the “families of the young German tourists”, wishing those injured a swift recovery.

“I cry with those who have lost their children, their brothers and sisters, their friends, in the night,” German Chancellor Angela Merkel added on Twitter.

They were fighting for their lives, according to the prosecutor’s office in nearby Bolzano.

The local head of Italy’s paramilitary carabinieri police force told AFP that the driver, a 27-year-old local resident, had been charged with murder and put in hospital under police guard.

The prosecutor’s office said the driver had between 1.9 and 2.0 grams of alcohol per litre in his blood, about four times the maximum allowed level.

He could face a prison sentence of up to 18 years, it added.