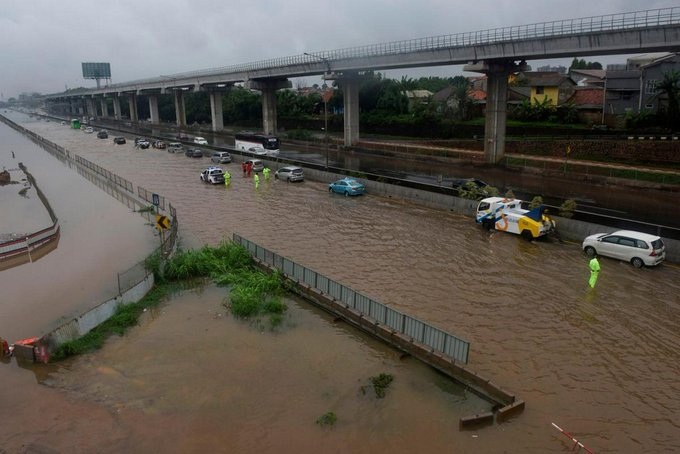 The country’s disaster agency on Monday warned of more heavy downpours as flooding and landslides hit the nation’s capital and its surrounding areas.

Incessant rain started on New Year’s Eve, triggering flooding in Jakarta and its satellite cities, home to about 30 million people.

In Lebak District, in the western tip of Java Island, flash floods swept away entire houses and everything in their path, killing at least nine people.

Agus Wibowo, Spokesman for the National Disaster Management Agency, said: “five days after the floods, 66 people have died as of today and more than 36,000 people were displaced.

“The public are advised to remain on alert and there’s potential for more heavy rainfall this week as floodwaters had receded from most affected locations.’’

Nine people died in Jakarta, while the rest of the fatalities occurred in neighbouring districts, according to the agency.

The country’s weather agency said the New Year’s rainfall was the most extreme seen since 1866.

Floods and landslides are common in Indonesia during the rainy season, reports dpa.