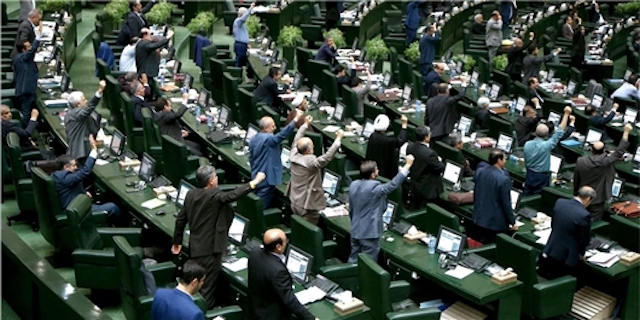 The Iranian Parliament in session

Iranian legislators have sent a letter to the Supreme Leader of the Islamic Revolution, Ayatollah Seyed Ali Khamenei calling for Iran’s decisive action to retaliate the assassination of Lieutenant General Qassem Soleimani.

The “tough retaliation” should be proportionate to the high position and esteem of General Soleimani and Iran so that ill-wishers, specially the US, carry the bitterness of this response in their minds to prevent a repetition of their boldness, said the letter.

It was read at the parliament in Tehran on Tuesday, Fars News reported.

“We have no doubt that the level of the Islamic Republic of Iran’s reaction to the terrorist act of the criminal US government is a determining factor in creating a long-term balance at regional and international levels,”

The Iranian lawmakers underlined that if the tough revenge will be taken appropriately, directly and militarily, it will certainly annihilate the US empty awe and make the American officials understand that the era of hit-and-run has ended.

“In addition, it is necessary to focus on the US forces pullout from West Asia in a bid to materialize this strategic goal with the help of resistance front,” the letter said.

Ayatollah Khamenei stated on Friday that those who assassinated General Soleimani must await a tough revenge.

Five Iranian and five Iraqi militaries were martyred by missiles fired by the US drone at Baghdad International Airport.