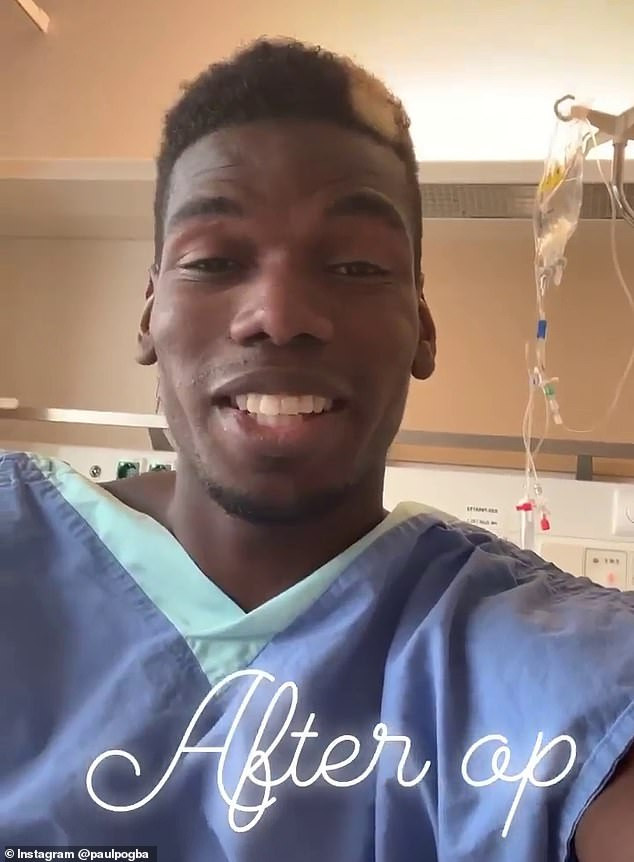 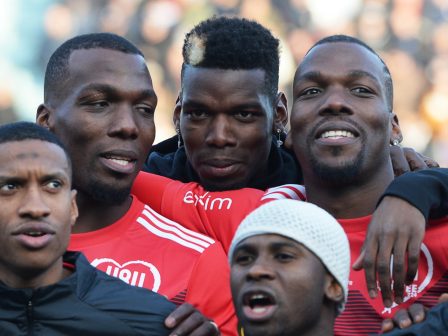 Pogba who has only made eight appearances for Manchester United this season because of the ankle injury, took to Instagram to joke about his state of health.

Speaking on his Instagram stories on Tuesday afternoon, Pogba said: ‘I don’t even know if I’m high or sober, well I don’t look sober. You see my ankle like that, I can’t even feel my toes, but I’m still alive, that’s good news. I’ll keep you updated. I’ve still got the smile’.

Looking at two pieces of bread, he said: ‘It’s one thing I don’t understand, what do you want me to do with this? I can drink my pee-pee, it looks like apple juice, fresh one. I think people told me that I look drunk. I didn’t drink alcohol, they give me some things on my arm, I don’t know what’s that. I woke up, I couldn’t lift up my leg and I was like ‘where am I, in Manchester? In Paris? In Guinea?’ 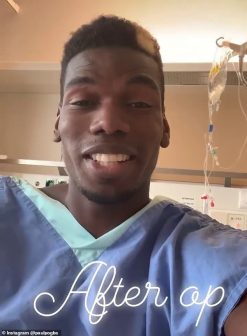 The France midfielder has missed over two months of the season due to an ankle problem but returned to action in Manchester United’s 2-0 defeat to Watford in December.

Also on Boxing Day, Pogba featured in the Red Devils’ 4-1 Premier League win over Newcastle United but missed the win over Burnley.

According to the Daily Telegraph, the 26-year-old missed the game against Burnley after complaining to Solskjaer he “didn’t feel right”.The midfielder then traveled to France to coach a team featuring his two brothers at a charity fundraiser.

Solskjaer told reporters he thought Pogba would be fit for the clash against Arsenal on New Year’s Day at the Emirates Stadium but couldn’t.

Conspiracy theorists claim that Pogba’s incessant injury might be fake while linking it to a possible transfer to another club in the January transfer window but his agent Mino Raiola told Sky Sports that the midfielder will not leave the club because he “wants to win trophies” with the club.