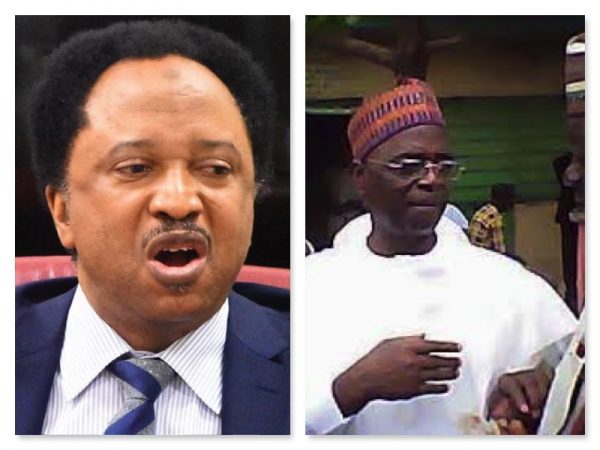 Shehu Sani and Sani Dauda - the accused and accuser

Former Kaduna central Senator, Shehu Sani has turned down a lie detector test suggested by the Economic and Financial Crimes Commission and instead opted to swear by the Quran.

It was the latest development in the alleged extortion case involving him and ASD Motors Chairman, Sani Dauda, who claimed to have given him $24,000 as demanded to offer as bribes to judges and the EFCC boss, Ibrahim Magu.

According to The Nation, Shehu Sani refused to take a lie detector test when taken to a polygraph clinic at the EFCC Wuse office, in Abuja.

“I won’t take the test; I do not trust the machine. I am not sure whether or not the machine is working well.Instead of polygraph, give me the Holy Qur’an to swear with, ” Sani was quoted as saying.

It was learnt that EFCC detectives later asked Senator Sani to “put his resistance in a statement on oath for record purposes”.

A highly-placed source said: “Following his refusal, our detectives did not force him to go through the test.

“But they asked him to write a statement on his refusal to undergo polygraph because he had earlier sworn by his grave but he has not been straightforward.”

As there are several ways to catch a monkey, the EFCC will be administering the Polygraph test on Sani’s accuser and his wife on Tuesday.

According to Dauda’s petition, Shehu Sani collected a total of $24,000 (N8.6 million), by pestering him for the money.