US soldier killed by Al-Shabaab in Kenya identified 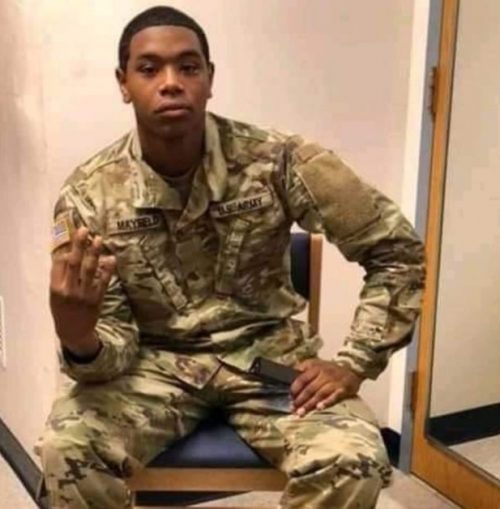 The Pentagon has identified the U.S. soldier killed in an al-Shabaab attack in Kenya on Sunday. He was Army Spc. Henry “Mitch” Mayfield Jr.

Mayfield Jr., 23, died while supporting Operation Octave Shield, the name for the mission focused on targeting militant groups in Somalia, the Pentagon said.

He was killed during an attack that included mortars and small arms fire. The attackers breached the base’s perimeter and damaged six aircraft.

There was no immediate information released regarding how Mayfield was killed during the attack.

Mayfield and two DoD contractors died after the attack on Manda Bay Airfield, which is roughly 150 miles south of the Kenya-Somalia border. Two other Defense Department members were also injured in the attack, but remain in stable condition, according to U.S. Africa Command.

“Our thoughts and prayers go out to Specialist Henry ‘Mitch’ Mayfield’s family, friends and loved ones,” said Col. William Garber, commander of the fallen soldier’s unit.

“Mayfield was a dynamic soldier who inspired those he served with to excel both on and off duty. The 164th Theater Airfield Operations Group will miss his leadership and camaraderie.”