Iran's Rouhani to Trump: You cut Soleimani's arm, we cut off your legs 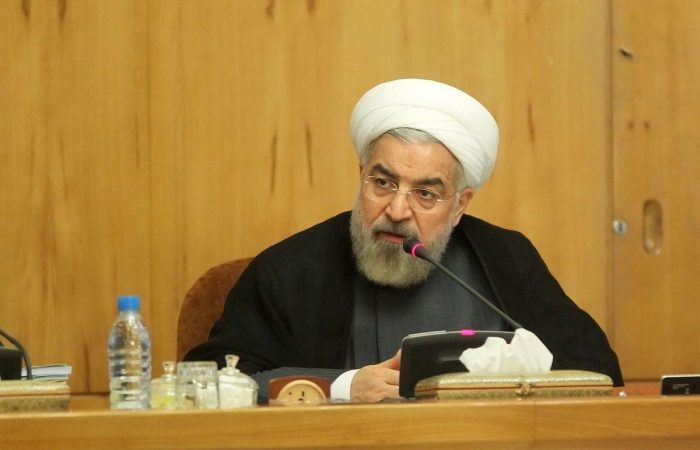 President Hassan Rouhani of Iran: next election in June 2021

Iran’s President Hassan Rouhani sent a chilling note to US President Donald Trump today that Washington might have “cut off the arm” of General Qassem Soleimani but America’s “leg” in the region would be cut off in response.

Rouhani made the comments after Iran launched missile strikes on U.S. targets in Iraq, an action that Tehran said was in retaliation to a U.S. drone strike that killed Soleimani last week.

Leader of the Islamic Revolution Ayatollah Seyed Ali Khamenei also said today that his country gave US a slap in the face on Wednesday morning and called for an end to the presence of American forces in the region, which he said only causes corruption.

In an address to a gathering of people in Tehran, Ayatollah Khamenei said the US “received a slap in the face last night” after the IRGC launched missile attacks on American military bases in Iraq in retaliation for the assassination of Lt. General Qassem Soleimani.

Apart from the revenge for the assassination of General Soleimani, what matters now in the confrontation with the US is that military action would not suffice, the Leader underlined, in a report by Tasnim news agency.

“What is important is that the corruptive presence of the US in this region must end.”

“They (Americans) have brought war, discord, sedition and destruction to this region; they brought about destruction of infrastructures,” the Leader deplored.

Ayatollah Khamenei emphasized that regional nations would not approve of the US presence in the region.

The Leader also paid tribute to General Soleimani for his assistance to regional nations in foiling the US’ illegitimate plots against West Asia, saying the revered commander helped thwart the American plots in Iraq, Syria and Lebanon.

The Leader’s comments came a few hours after the IRGC fired a volley of missiles at US bases in Iraq, making good on its promise of harsh revenge for the martyrdom of General Soleimani.

The IRGC targeted two US airbases in Iraq, including the US airbase of Ain al-Assad in teh western province of Anbar.