Still raining rockets in Baghdad the day after 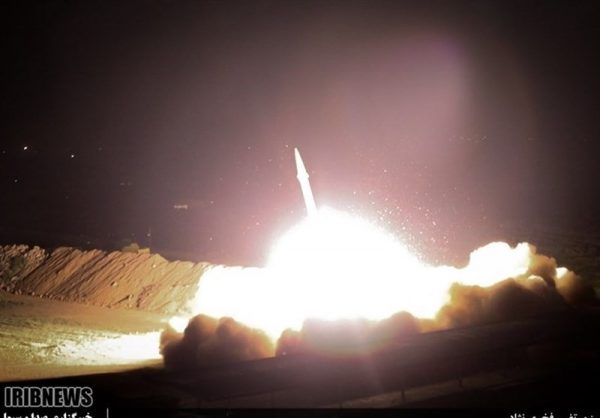 Iranian missile going to US target on Wednesday

It was still raining rockets and missiles in the Iraqi capital of Baghdad on Thursday as explosions were heard in the city’s Green Zone.

Air raid sirens wailed in the zone that houses the U.S. embassy shortly after midnight on Thursday local time. Iraqi police said that one rocket had landed about 100 yards from the embassy.

The Iraqi military said there were no reports of casualties in the attack.

Iran, which US President Donald Trump said was ‘standing down’, has not claimed responsibility for the strikes.

Iran’s proxy forces in Iraq, the Shiite militias known as the Popular Mobilization Forces, have been known to launch similar rocket attacks on U.S. interests in Iraq the past.

The fresh rocket launches came one day after an Iranian ballistic missile strike on Iraqi bases that house U.S. troops. No American casualties were suffered in that attack, Trump and US military said.

Intelligence source claim that Iran deliberately missed the most devastating targets in that attack, with most of its ballistic missiles failing to hit their targets.

Satellite images released today show only minor damage to the bases in Ain al-Asad in western Iraq and Erbil International airport in the north as Iran wanted to avoid escalating the conflict to all-out war, according to US and European government sources.

Images showed several missiles had either failed to explode on impact or else missed their targets. The remains of one rocket was found near the town of Duhok, some 70 miles from Erbil air base, which was the intended target.