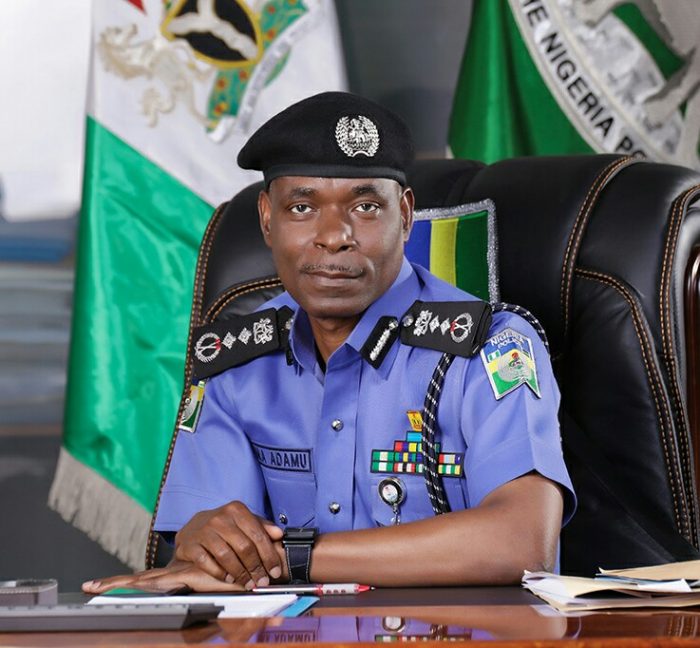 The Inspector General of Police, IGP, Mohammed Adamu has lamented the under-utilisation of the capacity of police lawyers.

He spoke in Abuja on Thursday at the conference of Nigeria Police Lawyers.

Adamu explained that the meeting was convened with the objective of interfacing with all the lawyers across all ranks in the Nigeria Police, with a view to discussing and fashioning out ways to maximally utilise the broad pool of qualified and sound body of legal minds in the Nigeria Police towards advancing the attainment of leadership goals.

The IGP stated that the Nigeria Police pride itself as one of the public institutions with the highest number of lawyers in the country, saying it was on record that some of these lawyers had successfully prosecuted landmark cases some of which had become references in legal practice in the country, while several others have deepened their knowledge of the law up to Doctorate level.

“Unfortunately, in spite of this organisational advantage, we have over the years been underutilising the capacity of our lawyers. The time has now come for us to alter this narrative. This is more so that the new orientation envisioned for the Police under our leadership is that which is driven by respect for rule of law and professional proficiency in the investigative and prosecution functions of the Nigeria Police.

“The achievement of these, require that the Legal Department of the Nigeria Police be re-organised, refocused, and empowered to effectively lead the process. It is in cognisance of this that this meeting was conceptualised.

“The Commissioner of Police in-charge of the legal Department has been briefing me constantly on the state of affairs of the Department and I have taken due cognisance of all the challenges and plans he has highlighted in his opening remarks. I can assure that the Legal department will, henceforth be prioritised in my leadership scheme and the welfare of lawyers in the Nigeria Police as well as funding concerns which have been demotivating factors in their activities shall be addressed henceforth,” he said.

Adamu stated that his idea was to have a Police force that embodied the values of fairness, justice and equity, which he said was informed by the reality that policing activities in a democratic society required accountability which was indeed demanded for by an increasingly enlightened and diverse citizenry.

He said it remained the responsibility of police lawyers to guide investigators in the gathering, preservation and presentation of evidence as well as ensuring respect for the rights of persons who become the subject of police preventive and investigative procedures, be they suspects or witnesses of crime.

‘Much as actions have been taken to address the issues underlying civil actions and awards against the Police, there is the need to strengthen our Legal Department both in terms of structure, manpower and processes to position them in addressing this major challenge.

“Given the institutional challenges the police as a key player in the criminal justice sector faces, reinvigorating the capacity of Police Lawyers by creating a unique platform where they can network and deepen their knowledge and skills has also become imperative, especially in the light of the passage of the Administration of Criminal Justice Act 2015.

“In due appreciation of these realities, my plan is to re-invigorate and emplace a legal section that ensures a pride of place for Police lawyers, a Legal section that is the envy of every police lawyer, and a legal section where Police lawyers are eager and desirous to work. I therefore urge you to make the best of this opportunity by actively supporting us in attaining our plans and demonstrate the determination to act as change agents that will alter the professional fortune of the Nigeria Police Legal Section,” he stated.