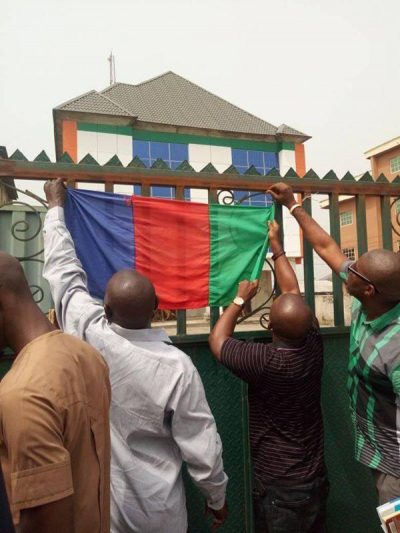 The Ijaw Youth Council (IYC), Central Zone has reopened the premises of the Port Harcourt Electricity Distribution Company (PHEDC) on the condition that they keep power supply to Bayelsans for at least 12 hours daily.

According to the IYC Central Zone Chairman, Kennedy Olorugun, the move was influenced by the appeal by the State Government that they take front role in the advocacy for improved power supply in the State.

Speaking after the ceremonious removal of the barricade to PHEDC office, Comrade Olorugun revealed that despite allowing the State Government to assume front role, they were still very much active and were working behind the scene to ensure power was constant.

The Bayelsa State Government waded into the dispute and asked the IYC to vacate the premises of the electricity distribution company.

After a meeting of both parties with the Secretary to the Bayelsa State Government, Barrister Kemela Okara, the SSG said in an interview that the IYC had shown commitment to leaving the PHED premises and had allowed the State Government to take the front line position in resolving the issue.

Okara stressed that the resolution to allow PHED return to their office was reached because the power challenge was not peculiar to Bayelsa State alone.

The group on December 23 besieged the offices of the PHEDC and grounded operations.

The development resulted to total power outage in Yenagoa, the Bayelsa capital and its environs including Ahoada and some parts of Rivers state.