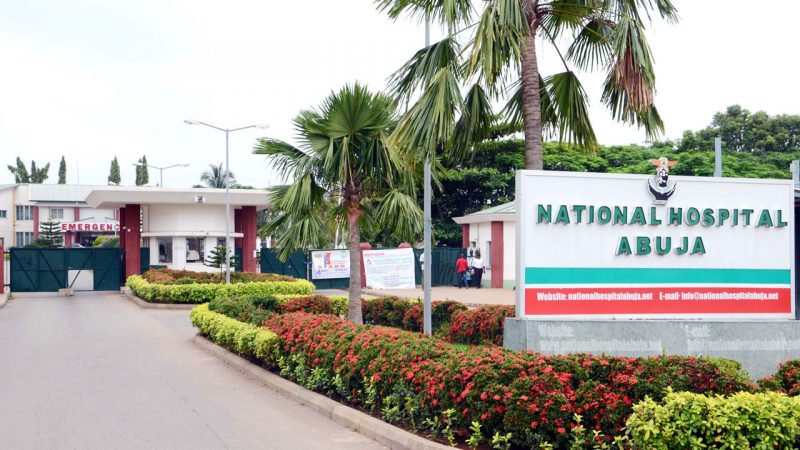 The National Hospital Abuja on Thursday discharged the conjoined twin girls who were successfully separated after several surgeries.

The Chief Medical Director of the Hospital, Dr Jaf Mommoh, said in Abuja that the twins were conjoined at the chest and abdomen.

The conjoined twins were referred from the Federal Medical Centre, Keffi, Nasarawa State, to the hospital on Aug. 13, 2018.

Mommoh said the twins had been on admission at the hospital for more than 16 months for care and several diagnostic procedures for a detailed diagnosis in preparation for the surgery.

He said that the programme was meant to celebrate the team that carried out the surgery for their hard work.

Mommoh said the programme was also an avenue to raise fund for the parents to enable the twins to have a better life with healthy living.

He said that the separation was more successful than the previous six the hospital carried out.

He said that the hospital management decided to fund the care and the entire processes leading to the major surgical procedure for the separation as “our corporate social responsibility’’.

Mrs Partricia Etteh, Board Chairman of the hospital, said the hospital would continue to monitor the twins to ensure that they lived a healthy life.

Etteh said that the hospital would give the parents N200,000 for the upkeep of the babies and also called on well-meaning Nigerians to assist the parents to properly cater for the twins.

The Head of the Medical team and Chief Consultant Paediatric Surgeon, Prof. Emmanuel Ameh, said the twins stayed for nine months and were properly monitored which enabled the hospital to carry out the surgery.

Ameh said that conjoined twins were very few in the world and that not every surgeon had enough experience.

He said the operation lasted for more than 12 hours and involved 78 medical personnel.

Ameh said that the twins’ growth and development would continue to be monitored by the hospital.

The father of the twins, Mr Michael Edeh, appreciated the government and management of the hospital for work well done and promised to take care of the babies.

Mr Ernest Elaigwu who came on behalf of Akpa District, Otukpo Local Government Areas, Benue, appreciated the government and staff of the hospital for a successful operation.

Elaigwu said the Akpa people were very happy for the assistance given to the children and their parents.