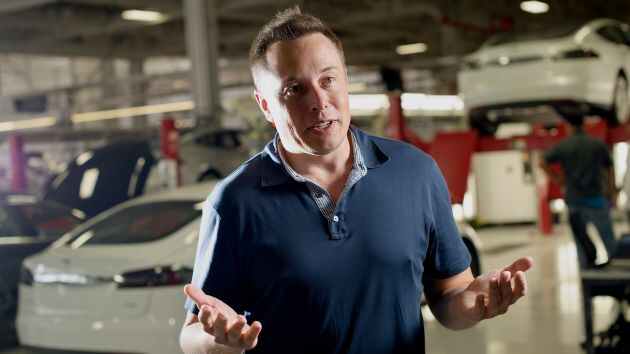 Electric car maker Tesla’s market value is now more than the combined value of US rivals Ford and General Motors.

Tesla achieved the historic feat on Wednesday after it gained nearly 5% , bringing its market capitalisation to roughly $89 billion at the end of trading.

The market values of Ford and General Motors were $37 billion and $50 billion at Wednesday’s close, bringing the combined total to $87 billion, a few billion dollars short of Tesla.

Earlier in the week, Tesla’s gains made it officially the highest-valued automaker of all time, surpassing Ford’s 1999 record of $80.8 billion market value.

Shares of the Elon Musk-led automaker have been on a tear since October, nearly doubling their value since a surprise third quarter profit sent the stock climbing.

The gains continued when Tesla announced in early January that it delivered a record 367,500 cars in 2019, exceeding the low end of the company’s guidance.

While the recent good news from Tesla has translated into a behemoth market valuation, its US rivals still dwarf the company in some aspects. For example, Ford and General Motors each delivered more than 2 million vehicles in 2019.

And though Tesla has shown that it can turn a quarterly profit, it has yet to report an annual one, meaning that it’s not yet totally in the clear after a rough start to 2019. —Market Insider