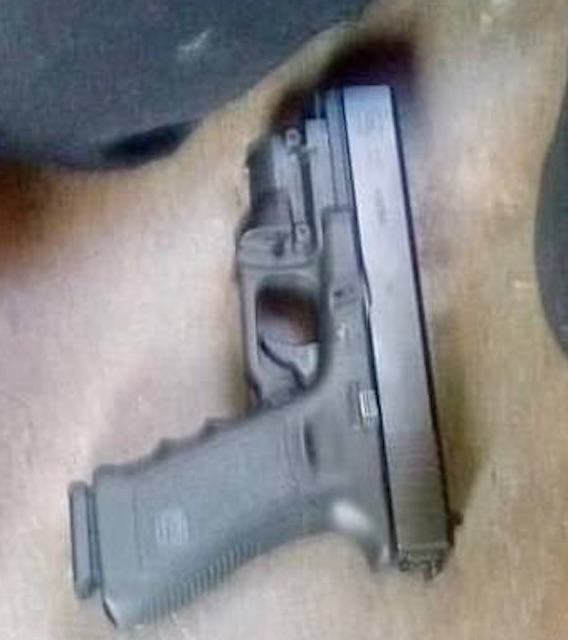 The gun used by the Mexican boy

A boy of 11 has shot dead his teacher and also wounded 5 of his classmates before killing himself.

Reports said the boy must have been influenced by a video game as he shouted, “Today is the day”, while pulling the trigger.

He said at a press conference: ‘The boy was wearing a T-Shirt from the video game Natural Selection.

‘It’s a very violent game and offers a very clear simulation of the use of high-calibre weapons.’

The governor also revealed he had told other pupils: ‘Today is the day’, reported Mail Online.

Mr Riquelme said the boy asked his teacher for permission to go to the bathroom to change his trousers before the attack but went looking for him when he hadn’t returned after 15 minutes.

She encountered him in a corridor brandishing two guns and when she asked him what he was doing the boy shot her, Mr Riquelme added.

He then opened fire on other pupils, including two girls aged seven and eight, and a 40 year old male PE teacher who was reportedly shot in the arm.