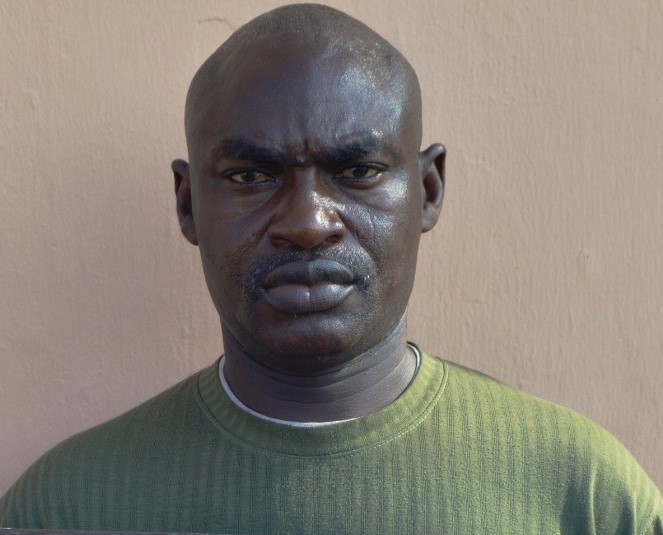 Justice Mohammed Owolabi of the Oyo State High Court has sentenced a land racketeer, Joseph Adebayo, to seven years in prison for defrauding one Ikemefune Sunny of N700, 000.

Adebayo was on Friday, January 10, 2020 pronounced guilty of a one-count charge of obtaining money by false pretence preferred against him by the Economic and Financial Crimes Commission, EFCC, Ibadan zonal office.

The charge reads: “That you Joseph Adebayo, on the 16th of October, 2017 or thereabout, in Ibadan, within the jurisdiction of the Honourable court, fraudulently and with intent to defraud, did obtain the sum of N700,000.00 only from one Ikemefune Sunny on the pretence that the money is for a plot of land located at back of Christ High School, Odo-Ona Elewe, Area, Oluyole Local Government, Ibadan, which you purported to sell to him, a representation you knew to be false and thereby committed an offence”.

Adebayo’s ignoble journey to prison started with a petition submitted to the EFCC’s Ibadan office in which the petitioner alleged that sometimes in October, 2017 he purchased from him a plot of land located at the back of Christ High School, Odo-Ona Elewe area, Oluyole, Ibadan.

According to him, the land which was housing an uncompleted building was sold for the sum of N700, 000.00.

He further alleged that despite paying the complete fee as agreed, he was unable to take physical possession of the property as he was stopped by the original owner when he attempted to build a perimeter fence around the land.

He stated that since he was prevented from taking possession of the said land, he approached the accused person to either resolve the logjam or return his money.

Rather than refund the money, he added, the accused became elusive. The development prompted the petition.

After conducting its investigations, the EFCC charged Adebayo to court.

The accused pleaded not-guilty when the charge was read to him and was granted bail pending the determination of the matter.

In the course the trial, the prosecution counsel, Ifeanyi Agwu, presented two witnesses, whereas, the accused only testified for himself.

At the court’s sitting on Friday, Justice Owolabi said he had analyzed the evidences before the court and found Adebayo guilty as charged.

He sentenced him to seven years in prison without an option of fine.