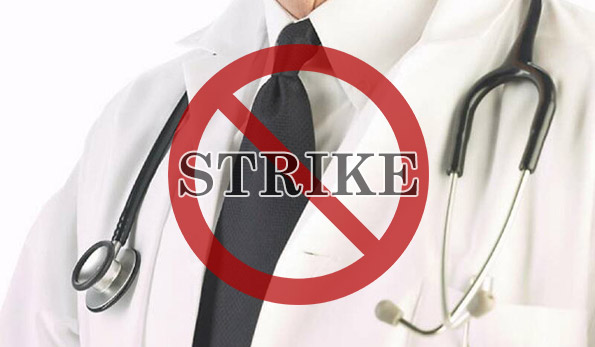 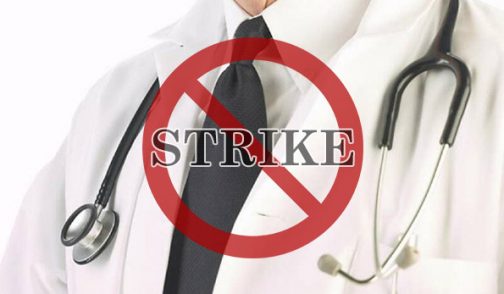 Resident doctors at the University of Medical Sciences Teaching Hospitals, Akure in Ondo State, embarked on an indefinite strike over unpaid salaries.

The angry doctors gathered at the hospital complex, displaying placards with various inscriptions showing their grievances.

Some of the inscriptions read: “We are asking for what we have worked for”, “a hungry doctor is a danger to the society”, ” our salary is our right, not a gift”, “pls pay our arrears”, “Arakunrin Akeredolu does not owe salary, why is UNIMEDTHC different? ”

Speaking to newsmen, Dr Taiwo Olagbe, the Chairman, Media Committee, Association of Resident Doctors, UNIMEDTHC, said that the doctors were being owed three to six months’ salaries, depending on when they joined the service of the hospital.

Olagbe explained that after the association had made several pleas to the management to no avail; it staged a protest to the Governor’s Office on December 23, 2019.

He, however, regretted that all promises made by the duo of Dr. Jibayo Adeyeye, the Special Adviser to Gov. Oluwarotimi Akeredolu on Health Matters, and the Secretary to the State Government (SSG), Ifedayo Abegunde, were not fulfilled.

He alleged that the hospital management was carrying out a divide and rule strategy as the “management selected 33 out of over 150 doctors in Akure and Ondo complexes of the hospital and paid them one month salary, while the rest have nothing to give to their families for the Yuletide.”

The spokesman said that before they could return to the wards, all arrears and backlog of salaries should be cleared with immediate effect, NAN reports.

“Issue of our welfare should be addressed and concrete action taken; that our wages and remuneration be paid directly into our accounts, we don’t want intermediary; that our strike has commenced, and it is total and indefinite till all our agitations are resolved.

“We are against any form of victimization during and after the strike, if any of such happens, we will not hesitate to call out our members again,” he said.

The doctors, however, appealed to Akeredolu and all well-meaning Nigerians to prevail on the management of the teaching hospital to pay their salaries.

Responding, the state Commissioner for Health, Dr. Wahab Adegbenro, gave the assurance that the doctors would begin to receive credit alert, starting from Monday.