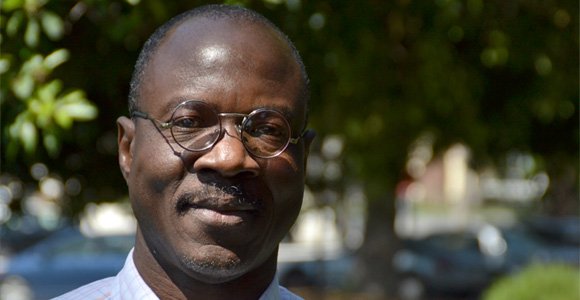 A Nigerian professor based in the United States has lambasted Nigerian governors and officials who waste public funds in hiring prayer warriors or organising ‘useless’ thanksgiving prayer sessions to mark the end of another year.

Professor Olufemi Taiwo, who teaches at the Africana Studies and Research Center, Cornell University, in New York asked the public officials to adopt the scientific method and reasoning, rather than anchoring things on the supernatural.

“Every governor who illegally wastes the people’s money on useless ‘thanksgiving services’ for a successful year is an obscurantist that should be unmasked as no good for the general health of the people he leads; for he confirms them in their thrall to unforeseen forces domiciled in powerful principalities, directing their fortunes in the world”, Taiwo said.

His comment was contained in his essay on “How we killed Favour Daley Oladele”, the Lagos State University student murdered for money rituals that failed.

Taiwo said all Nigerians should be hanged for the lady’s death as the belief of the three persons arrested for her murder was all fed by the Nigerian society’s “active embrace of mytho-religious explanatory frameworks characterized by supernaturalism, occultism, and obscurantism, in our relation to our world”.

“When things happen, from earthquakes to floods, from motor accidents to bad governance, we are forever deploying those lame, obscurantist non-explanations: “it is God’s will,” “only God can make things right,” “it is a spiritual attack,” “spiritual warfare,”, “mysterious fire,” “mysterious birth,” and so on, and so forth”.

The professor urged Nigerians, including journalists and academics to jettison such beliefs and embrace the age of scientific reasoning.

“Every governor who attributes his success and prospects of succeeding at his task to god is entrapped in this mytho-religious animus that pervades the society. And when people in elevated positions deploy the same explanatory framework to account for their place in and relations to the world, they feed the illusion that dominated the characters in the saga we are using to illustrate this larger argument.

“Every journalist who is eager to report “mysterious fires,” “mysterious deaths,” “babies born with a Koran in their clutch,” and does not come to his or her remit with a skeptical attitude that demands evidence, repeatability—humans are the same—and what causal antecedents explain this outcome that are open to objective verification across geographical and cultural divides, contributes to feeding the obscurantism that gives credence to the unfounded belief in ‘money rituals’.

“University professors who do not come out to contradict publicly and call on the carpet a crazy Daddy G.O. who lately predicts that earthquakes are on the menu in places where they never did occur previously because “God is angry” are culpable in cementing the belief that earthquakes are caused by supernatural causes and can only be appeased by religious devotion are guilty of feeding the condition that makes ordinary people believe that “principalities do indeed exist and remotely cause things to move in our world”. Such beliefs are akin to believing that albino blood is unlike other blood and has a secret ingredient that, in the hands of the “experts” can transmute into money”.

To the money ritualists and others still wallowing in the idea that money can be conjured supernaturally, the university professor reminds them of a verse in the Bible: “From the sweat of thy brow shalt thou eat bread”.

Taiwo thus enjoined Nigerians to embrace hard work, knowledge, all aspects of the scientific method, as the preferred way of relating to the world in all ways.