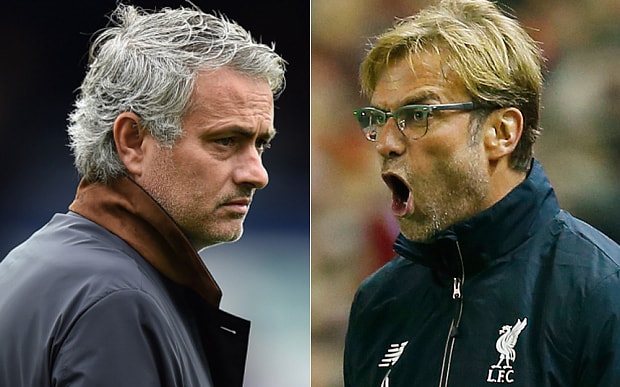 Klopp’s side will arrive in North London at least 10 points ahead of their closest rival in the race for the Premier League title with two games in hand, a lead that already looks unassailable.

After an initial bump in form, things have slightly regressed again with just one win in their last five fixtures in all competitions, coming against Brighton on Boxing Day.

However, Klopp insisted Mourinho is “a world-class manager” – but it didn’t stop him aiming a little dig at the former Chelsea boss for another reason.

The two have often clashed over the years with words in the press and sly jabs aimed by both managers.

When asked whether he was a better player than Mourinho, Klopp could not resist a little dig at the former Manchester United manager.

“I don’t know,” he told reporters.

“I don’t actually know where Jose played, was he a goalkeeper?

“Jose was a goalkeeper? Does anybody know what position did Jose play?

“So don’t blame me if you don’t know it, ‘Klopp had no clue’, does anbody know the position of Jose Mourinho?

“I think he was a goalkeeper.

“[He played in goal in a charity game.] You can play in goal if you can’t walk anymore as well in the charity game, but I want to know it now – somebody Google it now, we have time.

A reporter responded “We haven’t got time” and Klopp said, “I have time!”

When he was informed that Mourinho was a midfielder, Kloop said, “Sorry Jose! But then yeah, he played in goal in the charity game.”

Watch the moment below: