Badagry is the future of Lagos - EchoStone Director 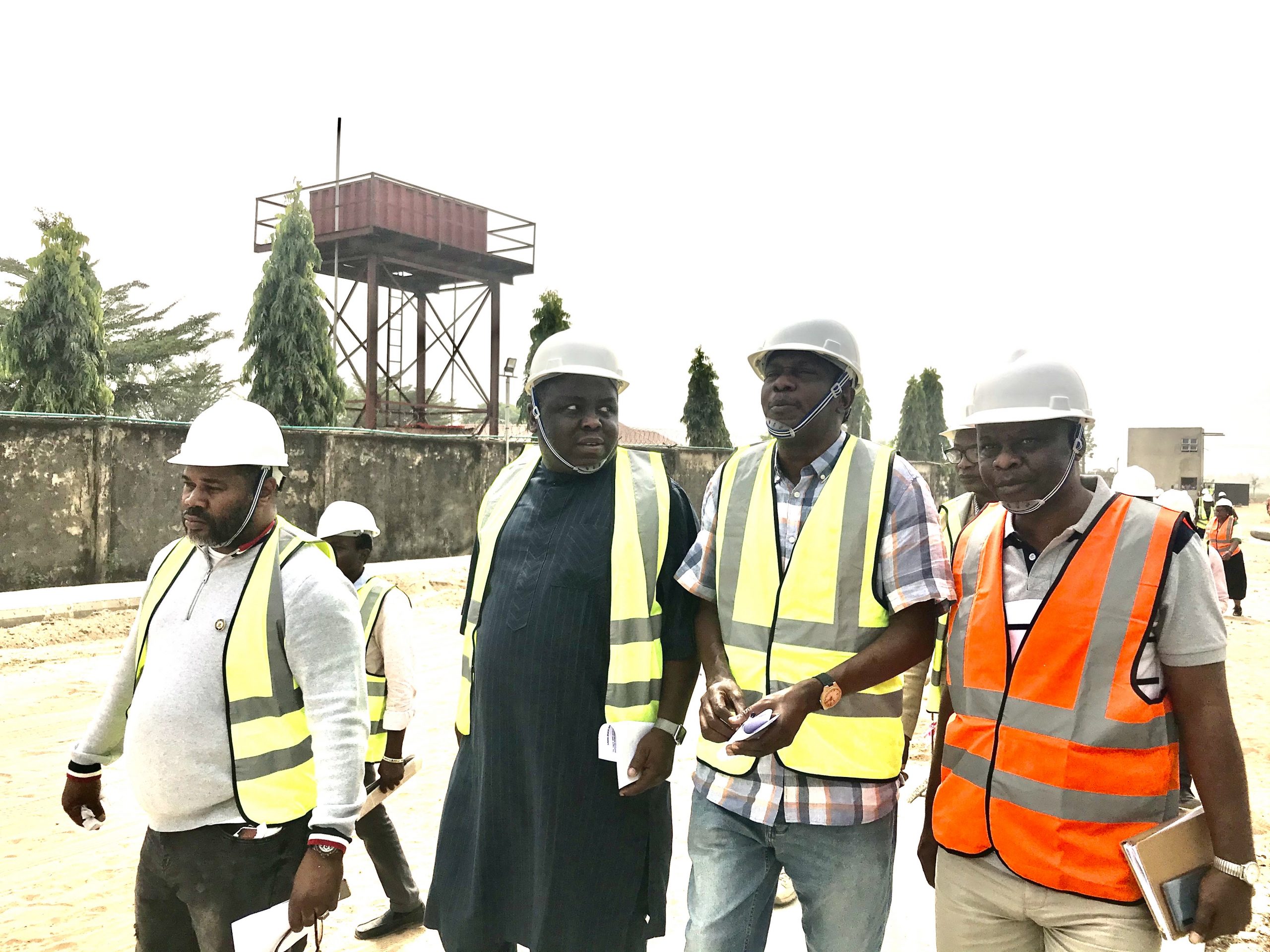 Managing Director, Echostone Development Nigeria, Mr Sammy Adigun has described Badagry where Lagos State government is building its first green and eco-friendly estate as the future of the state, adding that the Echostone took advantage of the history of the town and available infrastructure to come up with the novel project.

Adigun stated this on Thursday during a site inspection of the Peridot Parkland Estate by Commissioner for Housing, Moruf Akinderu-Fatai before the close of the first quarter of this year. on Thursday in Badagry.

Adigun further urged people to buy houses in the estate now and pay later, as the value of the houses would double in the next five years.

“This is also a historical city, it has a history, this is just by the lagoon. So the eventual value of this property is going to be big let’s say in 20 years. What prospective subscribers need to do is just to indicate interest by depositing only N900,000.00 which is 10 percent of the price and paying the rest through a mortgage system.”

“Our own projection is that in five years, the value of the houses would double and you know that Badagry had just joined the oil-producing communities, with that the rental value of this property when people come looking for accommodation, it would be like Abuja 20 years ago, so Badagry is actually the future of Lagos,” he added.

Adigun also said the energy savings level of the building was 29% from reduced window to wall ratio and energy-saving bulbs for internal and external spaces. While the water savings from the houses was 35% from low flow showerheads, faucets, and dual flush.

“In addition, 43 % less embodied energy is saved in materials usage such as concrete slabs, aluminium sheets on timber rafters for roof and situ- reinforced walls for both internal and external walls.

“Other eco-friendly attributes include reflective roofing, roofing overhang, positioning of the window to optimise natural light and ventilation so as to reduce the use of electric fan and light,” he said.

Adigun also revealed that walls and structures of the homes were built using concrete for greater thermal and sound insulation.

Earlier, Commissioner for Housing, Moruf Akinderu-Fatai the first phase of the estate which comprises 252 two-bedroom bungalows at Idale along Topo Badagry road in Badagry area of the State will be commissioned before the close of the first quarter of this year.

He said it took three weeks to complete four sets of 2 bedroom flats in the estate, adding that it showed the commitment of the current administration in delivering affordable housing.

According to the commissioner, the scheme was built by the Ministry of Housing through a joint venture arrangement with Echostone Nigeria and designed to utilise less energy for cooling and heating, thereby ensuring the sustainability of the environment.

Akinderu-Fatai disclosed that apart from the benefits accruing to the environment through optimisation of energy consumption, the project also showcased an innovative technology which sped up housing delivery, utilises lesser energy and generates minimal waste from site activities.

The estate which comes with a garden and 2 trees each for every house, has reached 90 percent completion stage within less than a year of commencement and would soon be delivered to members of the public.

Akinderu-Fatai pointed out that the collaboration with Echostone had shown clearly that Lagos State Government would speedily meet up with its target in housing delivery, thereby increasing the housing stock in the state.

He revealed that the innovative technology and eco-friendly designs used at Idale would soon be deployed towards the construction of multilevel structures in the urban part of the state to speedily reduce the challenges of housing deficit in those areas.

Expressing his satisfaction with the quality of houses built at Idale by Echostone Development, the Permanent Secretary, Ministry of Housing, Wasiu Akewusola said that more housing schemes to be initiated by the State would benefit from the technology introduced by the organisation.

This, he said, was as a result of the fact the scheme was the only one that was speedily completed out of the joint ventures of the ministry.

Akewusola said the partner employed an innovative technology that was both fast, safe and energy-saving. “We are pacesetters and beyond the provision of houses, Lagos State intends to continue to set the benchmark in quality and affordability in housing in the nation.”

The Joint Venture Scheme between Lagos State and Echostone Development will add over 2,000 units of green and eco-friendly homes to the housing stock in the state when other related schemes proposed at Ayobo and Imota are completed.