EPL WK 22: Sheffield close in on Chelsea, time for other matches 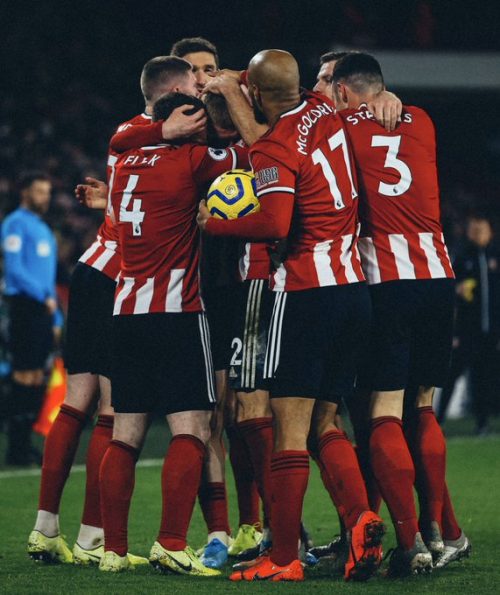 Sheffield players celebrate their victory against West Ham on Friday.

However, Sheffield United climbed to fifth in the Premier League table on Friday with a win against West Ham.

John Fleck took advantage of a big mistake by substitute goalkeeper David Martin, latching on to his wayward pass to tee up Oli McBurnie to finish from close range after 53 minutes.

West Ham had an injury-time equaliser, but unluckily ruled out by Video Assistant Referee.

Sheffield are now 4 points behind Chelsea who are fourth on Premier League table, the lead could be extended to seven points, if the Blues conquer Burnley at Stamford Bridge.

The defeat to the Hammers also means they are now two points above the relegation zone and could drop into the bottom three if results go against them this weekend.

The teams playing on Saturday:

The teams playing on Sunday: