EU’s Michel travels to Turkey, Egypt for talks on Libya 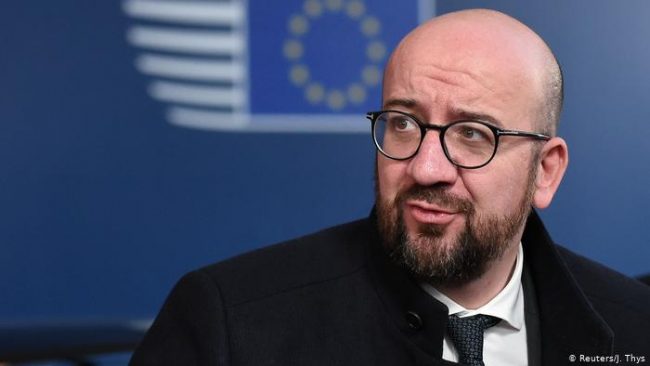 European Council President Charles Michel heads on Saturday to Turkey and Egypt for talks on the conflict in Libya.

Turkey and Egypt are backing opposing sides in Libya’s civil war, which has drawn regional powers into it, including Russia.

European diplomats have been involved in intense diplomacy to curb foreign interference in Libya, fearing it will only fuel the violence.

Michel is expected to meet President Recep Tayyip Erdogan in Istanbul. Talks with Egyptian President Abdel Fattah al-Sissi are planned for later on Saturday in Cairo.

Russia and Turkey have called for a ceasefire at midnight on Jan. 12, but Russia-backed military strongman General Khalifa Haftar has vowed to keep fighting.

Germany is preparing for a Berlin conference on Libya with no fixed date for it yet.

Turkey, along with Qatar, supports the internationally recognized Government of National Accord (GNA) in the capital Tripoli, and has dispatched troops to bolster the GNA.

Struggling for power with the GNA, Haftar’s self-styled Libyan National Army is also backed by Egypt and the United Arab Emirates.

The GNA, meanwhile, welcomed the call for a ceasefire, saying it is receptive for “any serious calls to resume the political process” to end the country’s years-long feud.

Libya has been in turmoil since the 2011 overthrow of dictator Muammar Gaddafi, but violence has intensified since April, when Haftar launched an offensive on Tripoli.