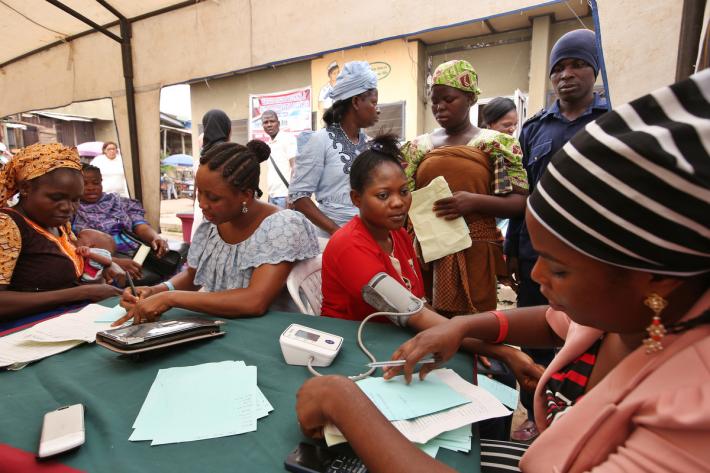 Dr Adefunmilola Williams-Daudu, Initiator of the programme, stated this in an interview with newsmen during the medical outreach in Ikaram Akoko, Akoko Northwest Local Government area on Saturday.

According to the initiator, the wellness initiative had witnessed a lot of improvement, as it has continued to build on the achievements of the past seventh editions.

“The awareness is getting more and more support. The people are more than what we used to have. To crown it all, we actually brought a fellow surgeon to recruit for a festival of surgery, which by the grace of God, we will be having again next year,” she said.

Williams-Daoudu said giving back to the community gave her joy, adding that about 200 medical and non-medical volunteers from within and outside Nigeria rendered selfless service to the people during the outreach.

“We also have the FMC Ido-Ekiti collaborating with us. About 26 of their doctors, nurses and laboratory scientists joined us this year.

“Also, some volunteers from Port Harcourt joined this year. So, that made it a lot better and bigger this year.

“About 2,846 people were treated for various ailments, while free eyeglasses were distributed to those who required them.

“A breakdown of the figure indicates that 718 patients were treated for malaria, 495 for hypertension and 460 for diabetes.

“Others include treatment of 218 people for arthritis, 96 for neuropathy, 68 for dental problem and 65 for eye disorder,” she said.

She attributed the success of the annual free medical outreach to the support of her husband, Mr Oluwarotimi Williams-Daudu.

She said that indications and testimonies about the medical outreach were positive and encouraging, and had been a source of motivation for her.