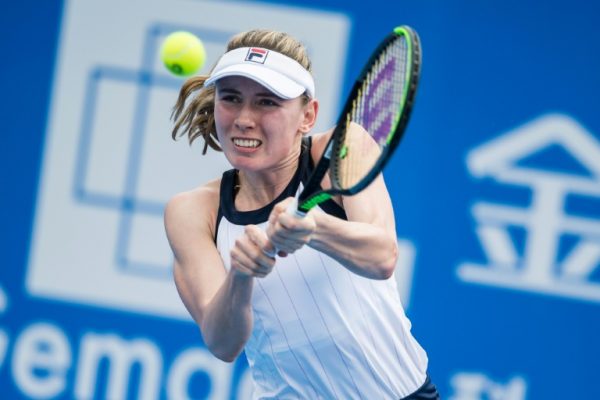 Ekaterina Alexandrova won her first WTA singles title after the in-form Russian defeated Elena Rybakina in straight sets in the final of the Shenzhen Open on Saturday.

The fifth seed won 6-2, 6-4 in 73 minutes to begin her season and her Australian Open preparations with a bang.

The 25-year-old Alexandrova, ranked a career-high 34th in the world, collapsed to her knees after dismissing Rybakina, the seventh seed from Kazakhstan.

Alexandrova, who triumphed in a WTA 125K event in Limoges, France last month, defeated former world number one Garbine Muguruza in the semi-finals in southern China.