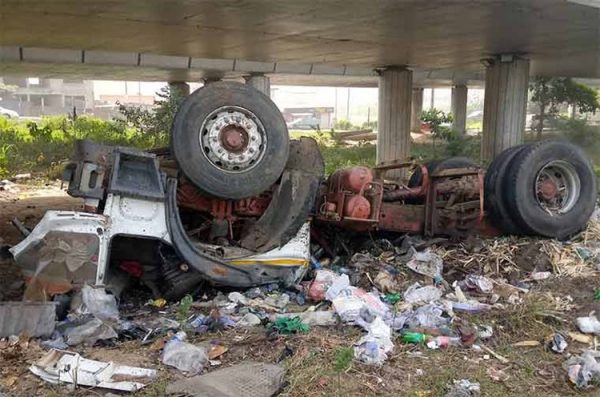 Two die as truck crashes into SUV on Otedola Bridge.

Thirty-one persons including children sustained various degrees of injuries in an accident involving a luxury bus opposite Nasfat around Mowe on Lagos-Ibadan expressway on Saturday.

Oladele explained that the accident occurred around 4:38 p.m. and was caused by excessive speed and loss of control around the construction zone.

“31 persons sustained various degrees of injuries, made up of 10 male adults, 14 female adults, three male children and four female children. Fortunately, no death was recorded from the crash.

Oladele explained that most of the injured victims were rushed to hospitals for medical attention.