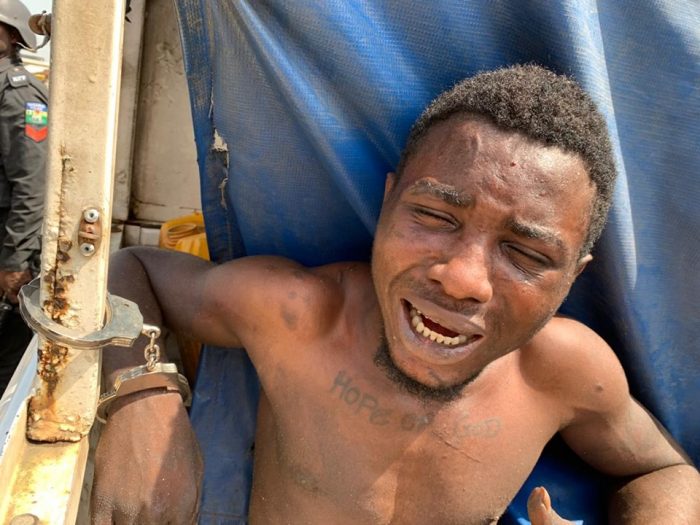 One of the suspects arrested

Detectives from Bariga police station in Lagos have arrested a 23-year-old Olowolayemo Sodiq, a notorious traffic robbery suspect and alleged cult leader, who had been on wanted list.

This was contained in a statement issued by the Public Relations Officer (PPRO), Lagos police command, DSP Bala Elkana, and made available to newsmen on Sunday.

Elkana said that Sodiq, who lived at10, Onenaya Street, Bariga, conspired with one Bamidele Moses a.k.a Badoo and robbed one Jude Saka of his Bajaj motorcycle in December 2019.

“His accomplice was initially arrested by detectives from Bariga and transferred to the State Anti-Robbery Squad (SARS) in October 2019.

“The suspect has been on the police wanted list for series of traffic robberies and cult violent attacks in Bariga.

“The Commissioner of Police, Hakeem Odumosu, has ordered that the suspect be transferred to SARS for further investigation and diligent prosecution,” Elkana said.