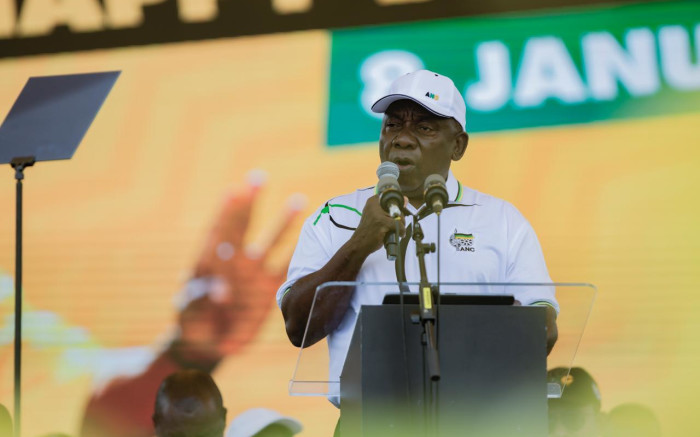 President Cyril Ramaphosa has pledged to create more jobs for South Africans, saying job creation remains at the centre of the economic agenda of the African National Congress (ANC).

Delivering the ruling party’s statement in Kimberley, Free State Province on Saturday, the president said the creation of jobs is a top priority for 2020.

“The most direct and effective way to reduce inequality is to create employment and economic opportunities, particularly for young people and women,” he said.

To achieve a rate of employment that exceeds the growth in the number of people seeking jobs means that the South African economy needs to grow at a far greater pace, he said. This can be achieved through a substantial increase in investment, a massive infrastructure program, steps to improve the ease of doing business and expand pathways for young people into the world of work, said Ramaphosa.

Significant investment commitments – totalling more than 600 billion rand (about 42 billion U.S. dollars) – have been realized through the first two Investment Conferences hosted by Ramaphosa in 2018 and 2019, according to the president. But More is still required to be done, he said.

Ramaphosa stressed the need to tailor curricula and equip educators to respond to an increasingly digitalized world with constant technological advances.

The country needs to undergo a skills revolution to break the cycle of poverty and grow an inclusive economy, said Ramaphosa.

This requires the up-skilling of educators and school management to prepare learners for the 4th Industrial Revolution, increase resources for TVET (technical and vocational education and training) colleges, and expand access to early childhood development, Ramaphosa said.

The private sector and other partners are also encouraged to work with training authorities to develop the skills that the economy needs, he added.

“We must speed up the implementation of the three-stream curriculum model of basic education,” the president said.

The government, he said, will also build on the progress made in enhancing industrial strategy, financing and implementing master plans in sectors with great potential for growth and unlocking the potential of small business, cooperatives and the township economy.

He identified sectors like manufacturing, tourism, agriculture and the oceans economy as major areas for employment growth.