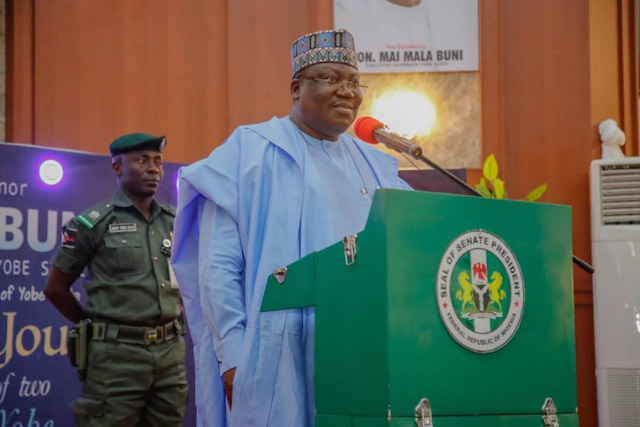 Bello made the remark while felicitating with the Senate President on the occasion of his 61st birthday anniversary in a press statement released on Sunday.

In the statement signed by his Chief Press Secretary, Onogwu Muhammed, the governor lauded the Senate President for bringing his wealth of experience to bear on the National Assembly.

He described the Legislature as one of the pillars of democracy anywhere in the world, adding that Lawan had demonstrated an unparalleled commitment to the development of the country by the way he piloted the affairs of his office.

He said that the Senate President had so far demonstrated unflinching commitment to good governance and ensured stability in the Red Chamber since his assumption of office.

The Governor further described the Senate President as one of the “A-List legislators” alive for having been a member of the National Assembly since 1999.

He enjoined the celebrant’s colleagues to rally round him in the efforts to create an exemplary Senate for future legislators.

He, therefore, prayed God to grant the Senate President long life, good health, wisdom and all the wherewithal necessary for him to continue the good work in piloting the affairs of the senate.

Bello also expressed the readiness of his office and the state to work with the National Assembly under the current leadership to take the country to greater heights.

He said he was proud, as one of the progressive governors in the country, to be associated with the Senate President as he enjoined Nigerians to also join in the good wishes for Sen. Lawan.