Massive demolition in Rivers over over proposed flyover 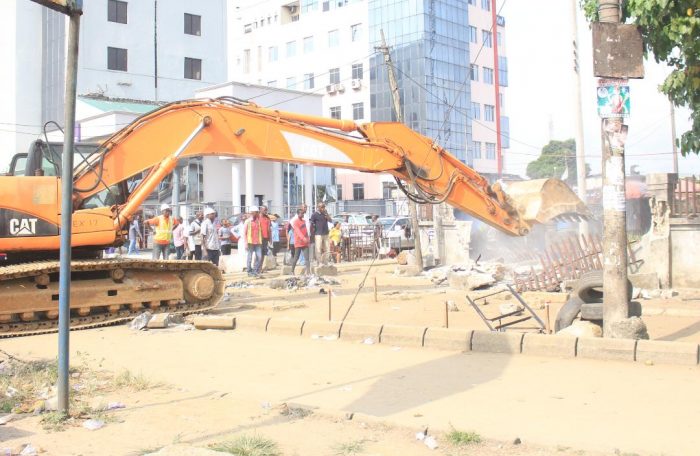 Bulldozer pulling down structures in Rivers

In continuation of the process for the construction of the three Flyovers in Port Harcourt, officials of Julius Berger Plc and Rivers State Ministry of Works embarked on the demolition of marked structures to create right of way for the Rebisi Flyover.

The officials, backed by earth moving equipment carefully brought down the structures. Governor Nyesom Wike last week met with traders and residents to sensitise them on the necessity of the exercise.

The construction work continued as the bulldozers brought down the structures that the Rivers State Government has paid compensation for.

“We are happy with the peaceful demolition of marked structures to create space for the construction of Rebisi Flyover.

“We thank officials of the Ministry of Works for their support and we know we will achieve our target. We have been working for two months and we have done 12 to 14 percent of the work. At the beginning it is a little slow, but we are on track,” he said.

The Julius Berger official said that the projects will be delivered on schedule.

He said: “I appeal to the people to cooperate with us. For every project, the people suffer at the beginning, but they will enjoy the project at the end