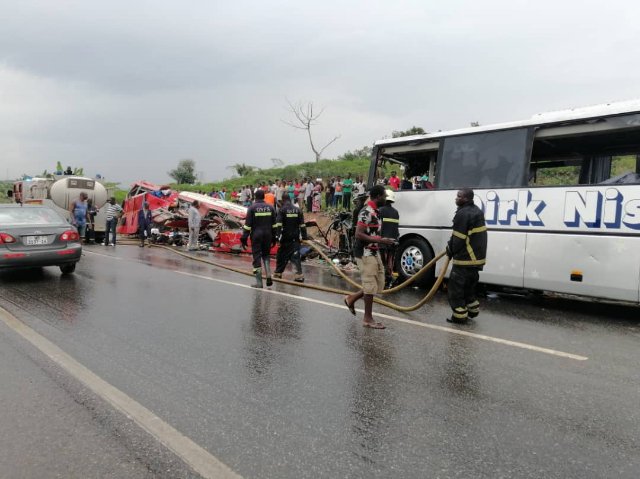 Thirty four people made up of 20 males, 11 females and three children have been confirmed dead in a ghastly road crash early Tuesday in South Ghana’s Komenda.

The accident involved two buses from a local transport company, which were traveling in opposite directions. The crash occurred at Dompoase in the Komenda-Edina-Eguafo-Abirem (KEEA) Municipality, the paper said.

The crash occurred when the Takoradi-bound bus tried to overtake another vehicle but ended up colliding with the other bus driving towards Accra.

A team of personnel from the police has been dispatched from the headquarters to visit the accident scene to assess the situation and investigate the course of the crash.