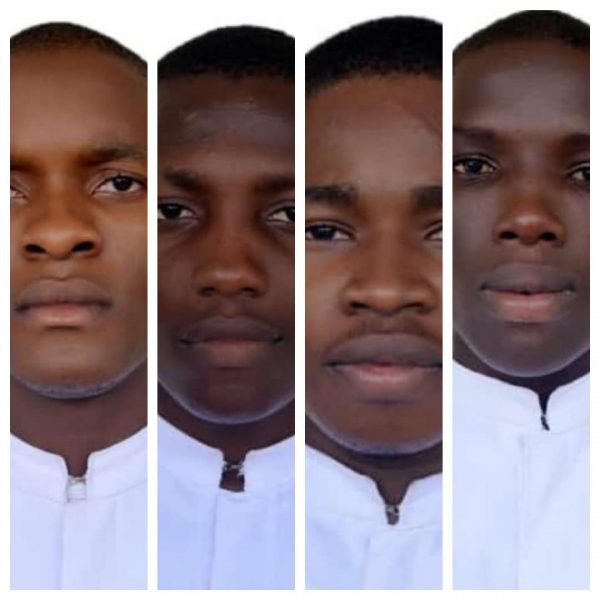 Four seminarians kidnapped in Kaduna by gunmen have been named by a leading Catholic charity, Aid to the Church In Need.They are Pius Kanwai, 19, Peter Umenukor, 23, Stephen Amos, 23, and 18-year-old Michael Nnadi.

They were kidnapped 8 January from the Good Shepherd Major Seminary in Kaduna.

Gunmen broke through the fence surrounding the living quarters of the seminary, forced themselves into the student hostel, and stole some of the students’ valuables before abducting the seminarians.

The four men came from different dioceses across northern Nigeria and had only just started studying for the priesthood, the Catholic publication, zenit.org said.

Abductions have risen sharply in Kaduna.

The Rev John Joseph Hayab, president of the Christian Association of Nigeria, said abductions in the state had become “a big business” but others are taken for religious reasons.

Bishop Matthew Hassan Kukah of Sokoto responded by criticising the Nigerian authorities for not doing enough to prevent kidnapping.

On 25th March 2019, Father John Bako Shekwolo, a priest of Kaduna archdiocese, was kidnapped. His whereabouts is still unknown.

Nearly two weeks earlier, Father Clement Ugwu of St Mark’s Catholic Church in Enugu state was abducted from his parish home and a few days later his decomposing corpse was found 12 miles from his home.

Leah Sharibu, abducted on 19th February 2018, is still in the custody of Boko Haram.

She was taken with 109 other girls but she alone was held back after she refused to convert to Islam.