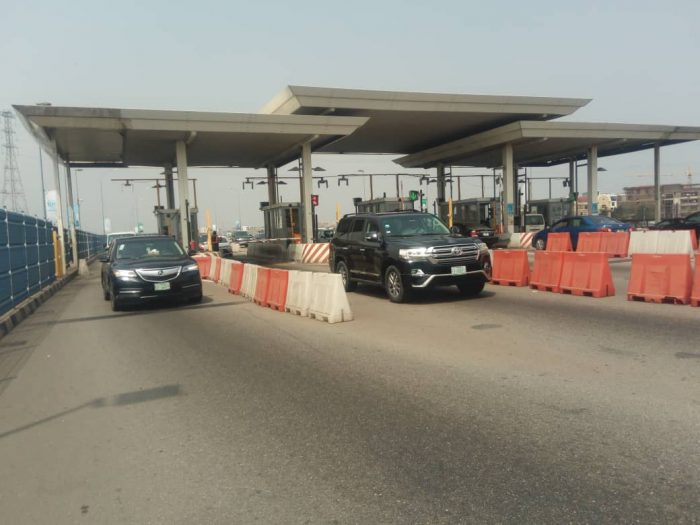 Lekki Concession Company, LCC, on Tuesday says not less than 13,000 motorists have so far registered to obtain its electronic cards since the commencement of the cashless toll policy on the Lekki-Ikoyi Link Bridge.

The cashless toll policy on the bridge kicked off on January 2, 2020.

He said LCC had so far registered about 13,000 new people who had come forward to obtain the cards for the e-payment option, asides the 10,000 motorists already captured in its e-tag platform before the commencement of the cashless policy, making it a total of 23,000.

According to him, the number of people obtaining the cards had continued to grow astronomically on daily basis, as series of awareness had been carried out.

Omomuwasan added that there had been less congestion on the bridge since the cashless policy took off and that the huge number of those who had registered was a testament to the success of the policy.

He also disclosed that since the cashless policy began, the Governor, Babajide Sanwo-Olu graciously approved two weeks grace for people who did not have the cards to still pay with cash on the bridge, but said the two weeks period would lapse on Friday and that as from Monday, no cash of any form would be allowed on the bridge.

On use of vouchers, the LCC boss said the company would soon stop accepting them and would rather promote the use of pre-loaded cards for seamless passage on the bridge.

“We will soon go low on vouchers and scale up the use of pre-loaded cards. Before now, we had 29,000 vehicles plying the bridge daily. Out of this, we had 10,000 already on our e-tags. Now we have added 13,000 new people on the platform.

“The whole idea is to make the Lekki-Ikoyi Link Bridge and the road cashless. With 13,000 people registered in the first few days, that is to say it can be done. What we have done is that we listened to the people and take action,” he said, assuring that registration and collection centres would soon be established on the Mainland to make registration faster and less stressful.

He emphasised that LCC had not increased toll fees and had no intention of doing so.

Omomuwasan also said that the complaints of the people and the little challenges encountered were being addressed for seamless operation.

A motorists, Anthony Nwachukwu who plied the bridge using his pre-loaded card commended LCC for a good job, saying that travel time had been reduced on drastically.

Another motorist, Dayo Ojerinde said with the introduction of cards, travel time on the bridge had improved as traffic had been cut drastically.