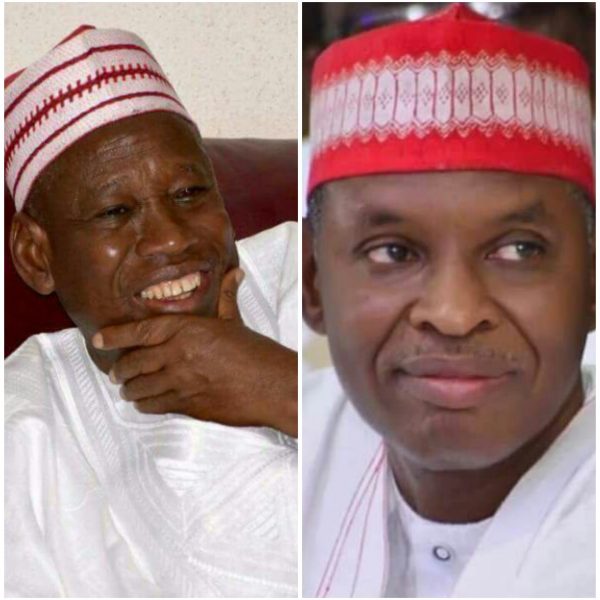 Governor Abdullahi Ganduje will know on Monday whether he will continue to govern Kano state as the Supreme Court fixed January 20 for final judgment in the appeal filed by the PDP candidate Abba Yusuf against his election.

Chief Justice of Nigeria, Justice Tanko Muhammad, leading six other justices, fixed the date today after listening to arguments by the lawyers representing the appellant and the respondents in the suit.

The respondents are Governor Ganduje, the All Progressives Congress (APC), and the Independent National Electoral Commission (INEC).

Awomolo asked the court to allow his client’s appeal, including setting aside the order of the lower court and grant all the prayers of the appellant, Channels TV reported.

He based his argument on the ground that the Returning Officer for the governorship election in Kano unilaterally cancelled the results from 207 polling units.

The senior lawyer described the action of the electoral officer as ultra vires, null and void, but his submissions were swiftly countered by the counsel representing INEC, Mr Ahmed Raji.

Raji, who is also a senior advocate, asked the court to dismiss the appeal on the ground that the allegations were false.

Rather, he explained that the true situation was that agents of the appellant prevented the collation of results from the said polling units.

The lawyer said there was no evidence to prove the cancellation of results by the returning officer as claimed by the appellant.

Offiong, aligned himself with the submissions of the INEC lawyer.

He stressed that the final results submitted by the returning officer did not contain results from the 207 polling units in dispute, and there was no way he could have cancelled results he did not have.

Offiong informed the court that an agent of the appellant hijacked results of 62 polling units which he later presented at the Police Headquarters in Kano.

He submitted that allowing the appeal of the PDP candidate would amount to sanctioning electoral violence.

Other appeals listed for hearing by the court today are those from Imo, Benue, Plateau, Bauchi and Sokoto.