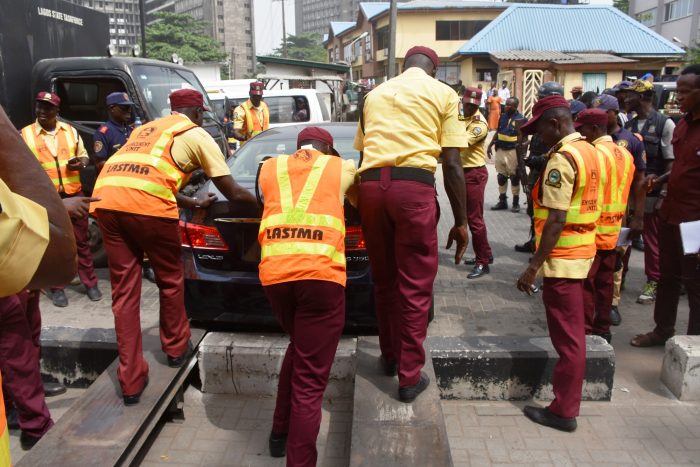 There was commotion outside the premises of the Federal High Court in Ikoyi, Lagos today as sanitation task force officials, comprising KAI, policemen and para-military men struck.

The task force, which has embarked on a cleaning campaign in parts of Lagos, towed vehicles parked on Oyinkan Abayomi Drive in front of the court. They also made some arrests.

This triggered some commotion, as lawyers who had parked their vehicles outside ran out of the courtrooms to confront the officials. Armed policemen threatened to shoot.

The premises of the court became a bedlam of confusion and court activities were suspended.

Last December, the task force came for a similar operation. But they were overpowered by the crowd.

This time around, they came well prepared with the combined police and para -military operatives ruthless and dominating resisters.