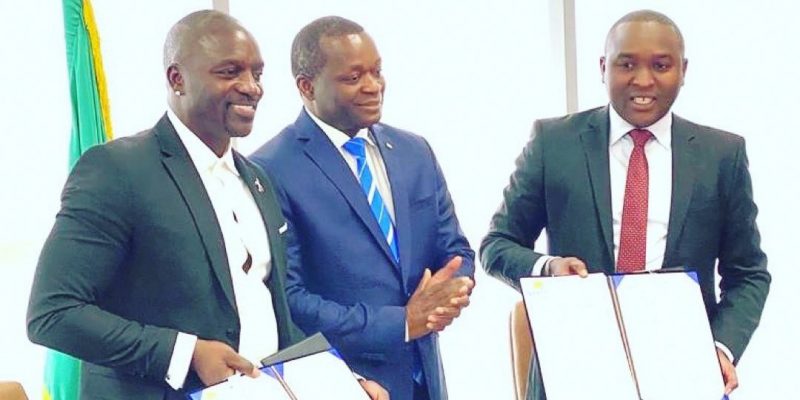 Akon, left with Senegalese officials after signing the papers for AKON City on Monday

American Musician and entrepreneur, Akon said he has finalised the agreement for a new city in Senegal to be named after him as AKON City.

“Just finalized the agreement for AKON CITY in Senegal. Looking forward to hosting you there in the future,” he tweeted on Monday, accompanied with his photograph with Senegalese officials.

The new city according to him, would be built on a 2,000-acre gifted to him by the President of Senegal, Macky Sall. The location is a five minute drive from Dakar’s international airport.

Akon was born in Senegal before moving to Union City, New Jersey, at 7.

The artist has identified with his roots more often. One of his ventures is Akon Lighting Africa, which is providing solar power to African countries.

Known for songs like “Locked Up,” “Lonely” and “Oh Africa,” the Grammy-nominated rapper is more recognized as a business man than a musician these days.

According to billboard.com, Akon City will be Senegal’s first Leadership in Energy and Environmental Design (LEED) city.

It will be built up in a series of phases spanning 10 years. When finished, he claims it will also be the first city to ever run on 100 percent renewable energy.