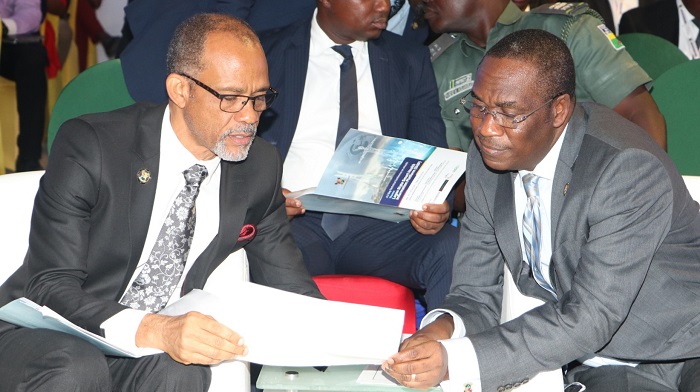 Ahead of the plans to utilize Information and Communication Technologies in providing qualitative healthcare for Lagosians, Lagos State Governor, Mr Babajide Olusola Sanwo-Olu has declared the intention of his administration to continue to review strategies, and policies geared towards delivering his electoral promises based on the T.H.EM.E.S agenda.

The Governor stated this today while speaking at the opening ceremony of a three-day Technical Conference on eHealth with the theme “Lagos State Smart Health Information Platform (SHIP)” held at Victoria Island.

Sanwo-Olu, who was represented by the Deputy Governor, Dr Kadri Obafemi Hamzat noted that the conference was geared towards developing a sustainable Smart Health Information Platform by connecting and strengthening linkages between primary, secondary and tertiary facilities so as to deliver “better, faster and smarter healthcare.”

He stated that in line with the T.H.EM.E.S agenda, the conference underscores the importance of the health sector and its critical role in securing the economic and general well-being of residents.

Speaking further, the Governor remarked that though current technological development is essentially limited to developed countries, e-health is a global issue adding that he is elated at the prospect of the conference providing workable strategies and solutions to identified challenges to the establishment of a smart health information platform for the state health sector.

According to the Governor, “To my mind, establishing a Health Information Platform will impact positively on various aspects our state’s health system such as Human Resources Health, Healthcare Financing through our Universal Coverage Initiative; Lagos State Health Scheme, Biosecurity and Biosafety provide employment creation opportunities while opening doors to international collaborations and partnerships towards improving the state of our health service delivery.”

He stated that the development of 3,000km fibre optic network will enable public institutions (schools, hospitals, offices etc..) have direct linkages to the internet as part of strategies to make Lagos a Smart City.

While describing Data as the new currency, and key in planning, the governor called on all residents of the Lagos State to register with the State Residents Registration Agency (LASRRA) in order to assist the state government to have data which will assist the government in the provision of its numerous people-Oriented programmes.

He disclosed that there is an ongoing discussion with NIMC to utilize the infrastructure of the Lagos State Residents Registration Agency for data capture by residents of Lagos State.

Presenting the rationale for the project, the State Commissioner for Health, Prof. Akin Abayomi disclosed that the Smart Health Information Platform (SHIP) is an outcome of the Art of Technology launched by the state government last December and is designed to leverage on technology to improve the health sector and ensure that a large number of citizens have access to qualitative healthcare.

Speaking further, he said, the strategy would amongst others things, reduce wastage of scarce resources, prepare to enter the digital age of precision medicine; drive the bio-economy to accelerate human resource development and create global virtual health hub.

In his keynote address, Andrew S. Nevin of PWC urged the state government to become a global leader by measuring not its GDP as the yardstick for growth but rather the sustainable Development Goal levels.

He said the prosperity of Lagos as shown by the GDP has not translated into wellbeing given the low level of life expectancy of 54.6years for Lagosians.