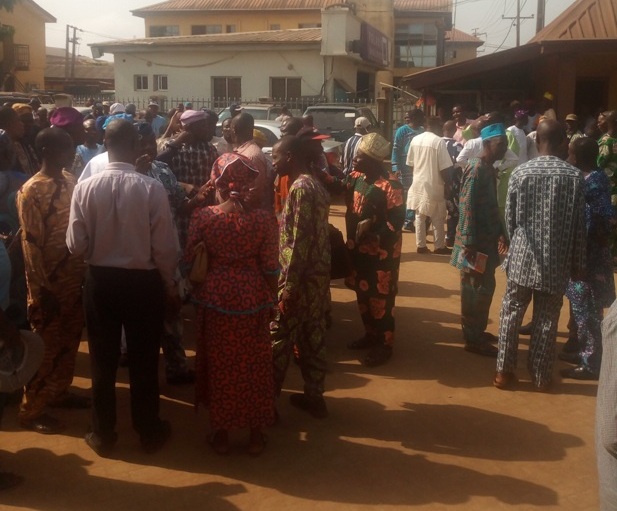 Hundreds of residents of Ayobo-Ipaja area of Lagos, Southwest Nigeria have embarked on a peaceful protest to Aausa Secretariat in Ikeja over what they called attempt by the Chairman of Ayobo-Ipaja LCDA, Sakiru Adisa Yusuf to impose leadership of Community Development Association, CDA, on them.

The residents kicked against the move by the Chairman to impose a new executive on the community at the council secretariat instead of an election to usher in the new leadership.

Not happy with the sinister move of the Chairman, the residents on Thursday stormed the office of the Commissioner for Local Government and Community Affairs in Alausa to submit a protest letter, calling for an investigation into the matter.

They also vowed to use every lawful means to seek redress over the matter.

According to some of the residents, the chairman told them that there was going to be an election and inauguration of the new executive yesterday but that he suddenly turned around to impose his anointed candidates on the people.

They said his intention was to use some mercenaries but was surprise at the large turn out at the venue, so he change the course and decided to read out some prepared names which was rebuffed.