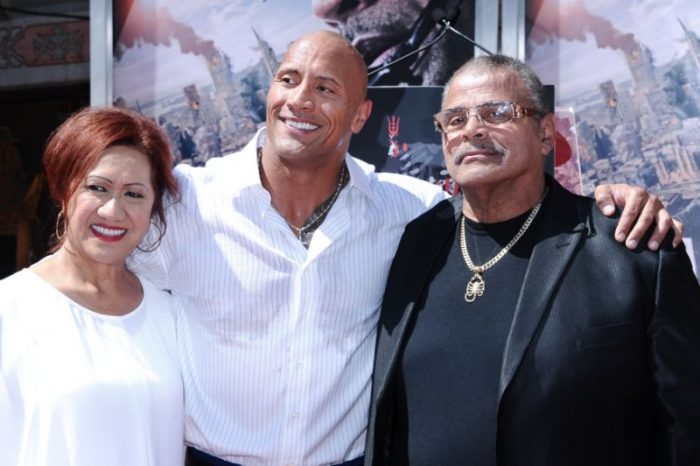 Rocky Johnson, right, with his famous son, The Rock

Rocky “Soul Man” Johnson, a longtime WWE star and father of the famous Nollywood star, Dwayne “The Rock” Johnson, has died. He died on Wednesday, the WWE announced in a tweet. He was 75.

“WWE is saddened to learn that Rocky “Soul Man” Johnson (born Wayde Douglas Bowles), a WWE Hall of Famer and former World Tag Team Champion, has passed away at age 75”, it said in its Twitter obituary notice.

Johnson, born Wayde Douglas Bowles, made his fighting debut in 1966 and competed in the National Wrestling Alliance throughout the 1970s while earning multiple regional singles and tag team titles.

(One of WWE tweets on Wednesday night:

He joined the WWE in 1983, and won the World Tag Team Championship alongside Tony Atlas after beating The Wild Samoans that same year — which made them the first African Americans to win the title in the sport. He had several notable rivalries with Greg “The Hammer” Valentine, Don Muraco and Adrian Adonis, too.

Johnson officially retired in 1991. He has helped train several notable fighters since, however, including his son Dwayne “The Rock” Johnson — who competed in the WWE before his massive acting career took off.

Johnson was inducted into the WWE Hall of Fame by his son in 2008.